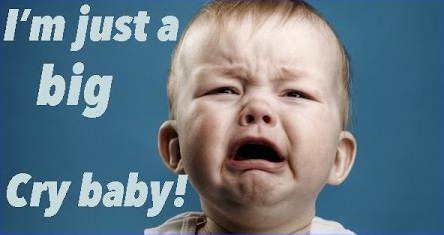 At Uncommon Sense, the mind-numbingly stupid will find no refuge. The sky is blue. Water is wet. Look both ways when crossing the street. Obama loves to golf.

So buckle-up. We’re going to Liberalville, and taking them to a place called reality!

This week’s trophy goes to writer Rachel Kuo of the website Everyday Feminism. Her being so deserving of this prestigious award almost came by accident. A page that I follow on Facebook posted a link to a story on madpatriots.com. Since I didn't know how reputable that site was, I proceed to the Everyday Feminism site. The website itself should have its own trophy room, but for the sake of time (and my brain cells) I will focus primarily on Kuo.

Rachel Kuo is a scholar and educator based in New York City. Her professional background is in designing curriculum and also communications strategy for social justice education initiatives. Her writing and research interests include racial justice, media justice and digital media activism. She also loves learning about animals (especially dinosaurs and marine life), watching Chopped while ellipticalling, and eating any and all noodle varieties.

Kuo should get a trophy just for using the non-word “ellipticalling.”

So, the problem Uncommon Sense has with Kuo is her crusade for “racial justice.” Basically, Kuo argues every race has been oppressed by white people, and white people have no business partaking in anything “ethnic” since they never experienced oppression. Sounds like someone went to an indoctrination center... ummm, I mean college. Yeah, college. That’s it.

Kuo has written articles bashing American values and “white privilege” ranging from why complimenting a non-white woman on her looks is racist to how calling an Asian person “hard-working” is also racist.

You get the idea. This woman… wait, is it demeaning if I call her a woman, or is there some “code word” I should be using? Anyway, this woman really is pushing the anti-white, “white privilege” narrative that most teachers at colleges are peddling. If you remember from the last Uncommon Sense trophy presentation, I do not call college teachers “professors.”

Going through Kuo’s rolodex of oppression, my animus for everything stupid zeroed in on an article she wrote in November of last year. I’m going to give you the title, and then I’ll let you digest it for a second or two.

The title is “The Feminist Guide to Being a Foodie Without Being Culturally Appropriative.”

Did you get all that? Okay, let’s continue.

The funny part is that Kuo is blatantly racist against any culture that typically produces white people. Here is a blurb from the article:

Often, when we talk about “ethnic” food, we’re not referring to French, German, or Italian cuisine, and definitely not those Ikea Swedish meatballs.

Usually, we’re talking about Thai, Vietnamese, Indian, Ethiopian, and Mexican food –places where food is cooked by the “brownest” people.

Yes, the Swedes began Ikea, but isn’t that stereotyping the entire Swedish population that up until recently was primarily white? Isn’t it also racist of Kuo to say that only the world’s “brownest” people cook “ethnic” food? When you go to a Mexican restaurant, regardless of what color you are, do you think about the color of the people where the food originated or do you just want more guacamole?

Remember, the biggest racists are those that constantly cry “racism.”

No one thinks things are racist until the "race-baiters" bring it up. I don't see color. I do see, and pay attention to, whether you are a good person, use your brain and use common sense. Stupidity is colorblind.

In her fight for “racial justice,” not only is she being racist, but she is forgetting one pretty important tidbit:

There is no such thing as “white food,” and there was certainly no such thing “American food” until about the last 50 years. Sure, we as Americans have adopted certain foods as our own, but all of those foods originated somewhere else. Okay. Well, bacon wrapped pizza is something only Americans could have thought of, but pizza itself was not an American creation.

Pizza, hot dogs, apple pie, hamburgers and bratwurst are staples in eateries all across the U.S., but they all originated somewhere else didn’t they? Pizza came from Southern Italy. Hot dogs came from Frankfurt, Germany (hence the original name, Frankfurters). Apple pie got its beginnings in England. Hamburgers obviously came from Hamburg, Germany, and bratwurst was also a German creation.

So what’s your point, Kuo? No one can enjoy other foods, or broaden their horizons, unless they felt the same oppression that the people who invented those foods faced?

You’re a special kind of special, aren’t you? For that very reason, you get the Uncommon Sense trophy for this week. There, do you feel better? You got a prize, and you didn’t even have to pay for it.