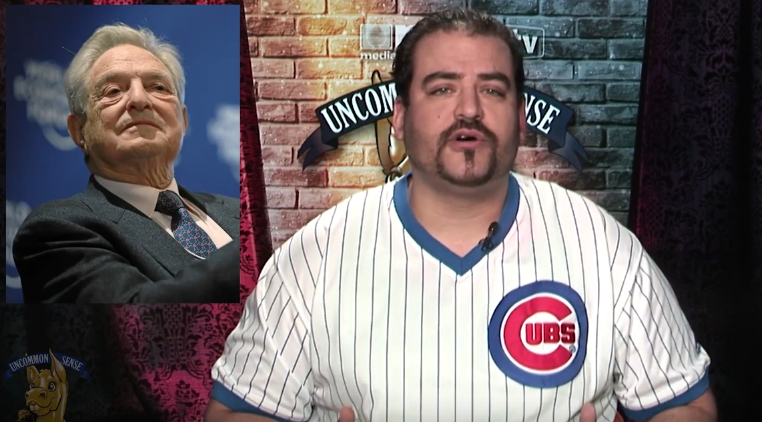 At Uncommon Sense, the mind-numbingly stupid will find no refuge. The sky is blue. Water is wet. Look both ways when crossing the street. Let people off the elevator before you get on it.

In this episode of Uncommon Sense, MRCTV's Nick Kangadis takes on the person behind the biggest group (moveon.org) organizing the volatile protests in the wake of Donald Trump's presidential election victory, George Soros.

The puppet master has deep pockets and has been there during, and now after, the election manipulating people to do his bidding of smearing a presidential election.

The truth about these so-called peaceful protests needs to be told, and the puppets that Soros marionettes on a daily basis need to get over constantly being triggered.

For the brand new episode of Uncommon Sense, watch below: