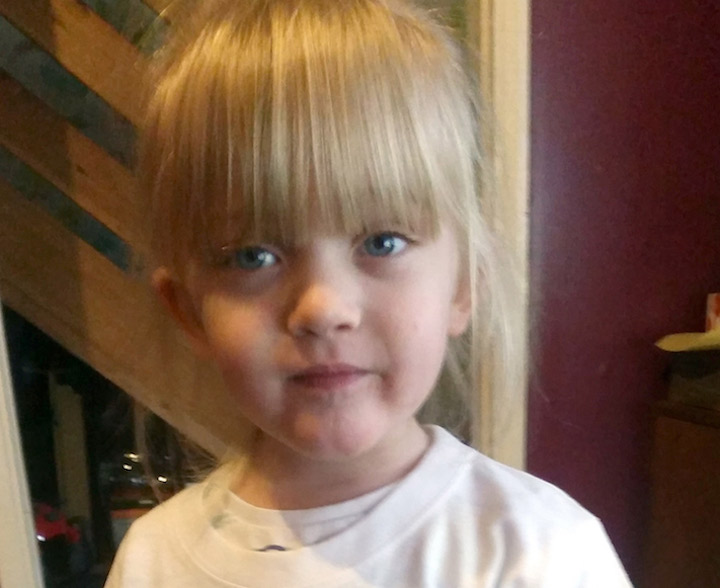 This is not only a beautiful story of a baby girl who has overcome all the barriers life has thrown against her, but it is the story of how socialized medicine sometimes values money over life.

At the time of her birth Faith weighed 1lb 2oz and had a brain hemorrhage that left doctors said would leave with severe disabilities. Twice when she was on life-support doctors told Faith's parents that they should pull the plug because her treatment was costing the hospital too much money.

Today Faith is nearing her third birthday (December 14th) and she is walking, talking and will probably go to a mainstream school.

The Mirror, a newspaper in the U.K. tells the story of Faith's first six weeks of life spent in intensive care:

Parents Leanne and Anthony were twice urged to turn off machines and claim staff at Derriford Hospital, Plymouth, said: “Are you sure? It’s going to cost us a lot of money.”

Leanne, of Liskeard, Cornwall, said: “Seeing how well she has done, I feel angry and sad that they even gave us the option [to turn off the machine].

“If we did, we wouldn’t know what we do now. Every time Faith does something new I think ‘If I’d turned the machines off I never would have seen this’.

"Her consultant thinks she’ll go to a normal school.”

Faith has hemiplegia which means she is paralyzed on one side of her body and she does not have full movement on the other side. But she was crawling at 18 months and walking soon after turning two.

When she was born Doctors diagnosed Faith with a grade 4 intraventricular haemorrhage (IVH) which had caused her to lose 60 per cent of the function in the left-hand side of her brain.

She opened her eyes for the first time on Christmas Day - but then took a dramatic turn for the worse and the couple say doctors advised the couple to turn off her life support machine.​

But having already lost one child - a son Zander who was stillborn at 22 weeks in October 2010 - they knew they had to fight on.

“They said that if it was their child, they would turn the machine off because she would not walk or talk or have any quality of life,” said Leanne.

“They gave us a few hours to talk about it and we went back in and said: ‘No, we are going ahead’.”

Faith appeared to recover but deteriorated again and on New Year’s Day, Leanne and Anthony were again asked the same agonizing question.

“They said we should really think again about turning the machine off,” said Leanne.

“They were a bit surprised when we went back the second time with the same answer.

“They were like ‘Are you sure? It’s going to cost us a lot of money’. But my daughter’s life is a lot more important than money.”

The prediction that Faith would never have a quality of life was wrong as was the prediction that she would be on oxygen for the first four years of her life (she was off a little after she was four months old because she could breathe on her own).

“She can talk more than they thought she would be able to. She can play, she can draw and she’s really good at counting.

(...)Her consultant thinks that she will just live a normal life and go to a normal school,” said Leanne.

“She is a bit clumsy and she gets frustrated with things like eating because she can’t use her right hand, so she can’t feed herself.

When government gets involved with health care it becomes a matter of dollars and cents. Even here in the United States Obamacare created the Independent Payment Advisory Board which will determine what is too expensive to treat.  However can one really put a value on life. Certainly the life of one precious little girl was worth the money spent to keep her on life support, saving her life.