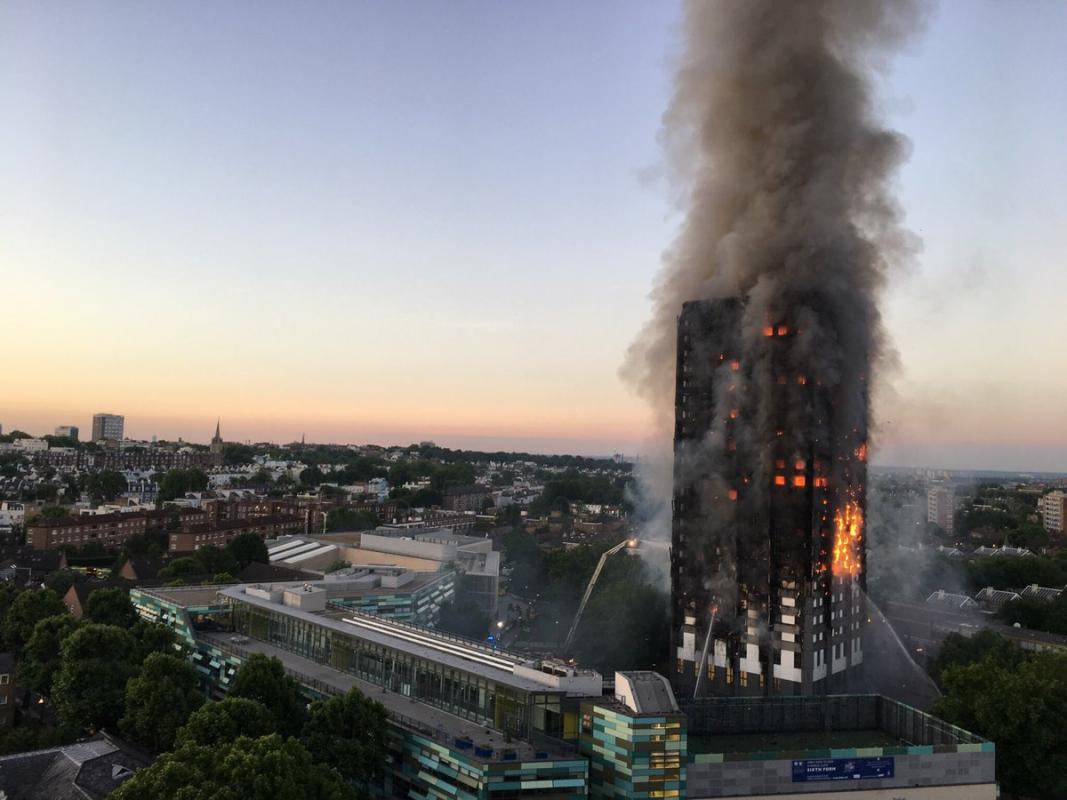 Public outrage over the tragic deaths at Grenfell Tower in North Kensington, West London, has become a virtually unstoppable force. As of this writing, British officials list 79 as presumed deceased and Prime Minister Theresa May has promised £5,500 per surviving resident as a “downpayment” for the loss of their homes.

But the justified anger increases with each new piece of information the public hears about this terrible firetrap.

First, Grenfell Tower, a 24-story apartment building completed in 1974, is a government housing complex managed by the Kensington and Chelsea Tenant Management Organisation (KCTMO), and liability standards for government-run entities are not the same as those in the private sector. Bureaucrats typically operate by lower standards, they are less responsive to complaints, and are less attentive to upkeep, because government-run systems don’t have to compete for their survival – they can always draw on tax funds to compensate for the results of their uncompetitive, lackluster performance.

The worries of Grenfell Tower residents were long-standing and numerous, yet, not only did the bureaucrats not effectuate productive change, they instituted new policies and a retrofit that appear to have clad the entire building in a “green energy” insulation that was banned in many countries, including, according to Chancellor Philip Hammond, the UK.

As Jamie Doward chronicles in an exceptional piece for The Guardian, as far back as 2004, residents sounded alarms about the building’s emergency lighting system:

KCTMO denied there was a problem. But an independent consultancy it hired to look into the matter disagreed and issued a series of urgent recommendations for how the system had to be improved. An assessment five years ago suggested monthly inspections of fire extinguishers were not being carried out. In some cases, the extinguishers had not been tested for years.

In 2013, residents spoke up when the Grenfell electrical system surged, causing virtually every piece of electronic equipment in the apartments to explode or overheat, and begin smoldering. Shortly thereafter, residents in the newly formed “Grenfell Action Group” (GAG), an organization of residents concerned about the management of the building, expressed worries about the fire threat of rubbish and the problems posed by cars parked in the access area for emergency vehicles.

In an email sent in 2014 to the chief fire officer at Kensington fire station, a member of GAG said that residents feared the improvement works had turned the building into a “fire trap”. He wrote: “There is only one entry and exit to the tower block itself and, in the event of a fire, the London fire brigade could only gain access to the entrance to the building by climbing four flights of narrow stairs. On top of this, the fire escape exit on the walkway level has now been sealed. Residents of Grenfell Tower do not have any confidence that our building has been satisfactorily assessed to cope with the new improvement works.”

Mr. Doward also notes that, driven by their concerns, the residents’ association presented a survey to the council’s housing scrutiny committee in July 2016, just after the new “green” insulation was fitted in a £8.7m building “upgrade." According to Doward, the survey suggested “that 90% of them were unhappy with the improvement works and that 68% of them believed they had been lied to, threatened or pressured by KCTMO, which they accused of serial incompetence.”

And the “green” insulation forced on the building? The material is called Reynobond, and each panel is a composite of aluminum coating with a flammable plastic core. As the Independent UK notes, the total savings of using this “cheaper” paneling, which is banned from use in high-rise buildings in the US, Germany, and, according to Chancellor Hammond’s controversial claim, also banned in the UK, was approximately £6,000.

But the retrofit had to go on, driven in large part by political interests to conform to “green energy” standards all over the UK. As Michael Bastasch wrote for The Daily Caller:

The Telegraph noted that cladding 'is used as an insulation to make buildings more sustainable to meet green energy requirements.' Some 30,000 buildings in the U.K. have been retrofitted with cladding to cheaply comply with green energy mandates.

And as Robert Mendick, Sarah Knapton, Hayley Dixon, and Steven Swinford explain in The Telegraph piece:

Gavin Barwell, a former housing minister, has been accused of "sitting on" a review into building regulations at tower blocks after a deadly fire in South London in 2009… Dr Jim Glockling, Technical Director of the Fire Protection Association, said that they had been lobbying the Government to review the safety of combustible materials used on the outside of buildings since 2014.

So, even if the panels were not banned in Britain, the larger issue remains: they were banned for high-rise buildings in other nations, and in a private paradigm, it is unlikely that Grenfell Tower would have been funded, managed, or retrofitted in the way it was, because a private apartment complex has to have stricter liability standards and cannot rely on taxpayer funds to compensate for mistakes.

Yet, despite the government failures that already occurred at the location, despite resident concerns that appear to have been assiduously overlooked by bureaucrats, some politicians appear unwilling to learn the lessons about political conceit.

And the political class is intent on making things worse. On June 16, Labour Party leader Jeremy Corbyn described the tragedy at Grenfell as, “a ‘tale of two cities’ between a wealthy south and a rich north.” This, despite the fact that the tax structure in London and the UK takes from those “rich” to provide housing, food, medicine, unemployment compensation, job training, education, and pensions for the poor, and the zoning and housing regulations in London shower disincentives on private entrepreneurs who might want to build lower rent apartments disconnected from government subsidies.

But, get this, Mr. Corbyn not only likens the problem to a Dickensian plotline. He wants the UK government to actually “requisition” the empty homes of “the wealthy” to house people made homeless by the fire at the government-subsidized, government-overseen housing complex.

Which begs the question. If a London resident loses his car in a freak accident caused by poorly managed government roads, would Corbyn demand that the spare autos of “the rich” be “requisitioned” for their use?