Extra security has been added to the US-Mexico border as thousands of more migrants are expected, but that doesn't necessarily mean some aliens aren't taking a chance to cross the border illegally. Two aliens apprehended crossing the border by Customs and Border Protection on Sunday and Monday both have a criminal history that includes sex crimes.

Customs and Border Protection announced that the arrests occurred at the El Centro Sector in California.

According to a CBP press release,

Agents assigned to the area, approximately three miles east of the Calexico Port of Entry, observed a man running north from the international border fence. Agents approached the man and determined that he was illegally present in the United States.  Agents arrested the man and transported him to the El Centro Station for processing. 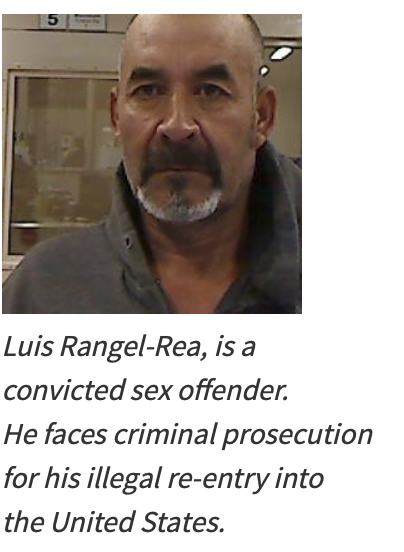 Rangel-Rea had a felony rape conviction from 2008 in Santa Rosa, California.  He was sentenced to 32 months in jail.  Record checks also revealed that Rangel-Rea was previously removed in December of 2015.

'Thankfully we were able to apprehend this man before he made it to the interior of the United States,' said Chief Patrol Agent Gloria I. Chavez.  'Our agents are keeping heinous criminals like Rangel off the streets.'

The man will be criminally prosecuted for Re-Entry after removal as a convicted sex offender.

CBP was busy with an illegal alien sex offender on Sunday as well.

The incident occurred at approximately 4:15 p.m., after agents assigned to the Calexico Station arrested a man near the Calexico Port of Entry for illegally crossing the international border.

Agents determined the man was a citizen of Mexico illegally present in the United States. 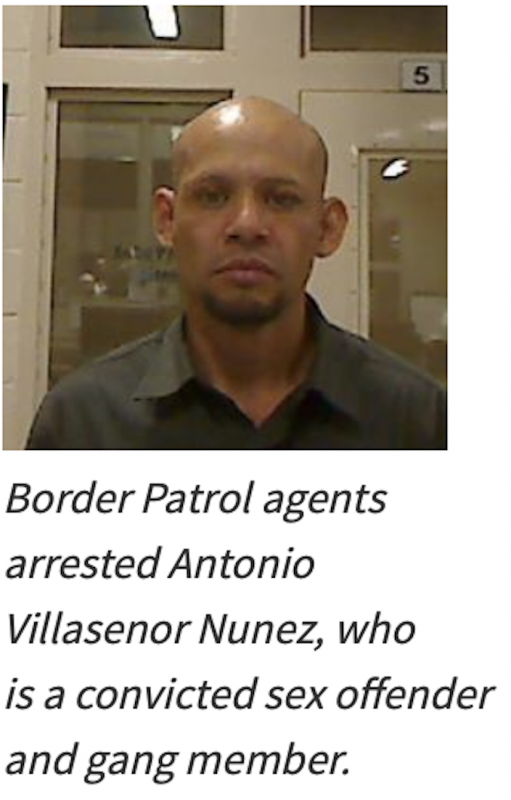 Additionally, Villasenor previously removed from the United States 2007 by an immigration judge.