The makers of ‘ObamaGate The Movie’ have discovered something unusual in their online efforts to promote the film.

The film’s producer and co-writer, McAleer, slammed Twitter for their censorship, “ObamaGate trended on Twitter for days and was tweeted over 3.5 million times, according to the Independent, and now it has been completely removed from Twitter’s search function.  This is China-like censorship in America.  Twitter is selectively editing history right before our eyes and it has to stop.  We must hold Twitter accountable,” McAleer said in a press release.

McAleer notes that the Washington Examiner, Refinery29, and In Print further confirm that the phrase should show millions of results when searched for on Twitter.

“They wiped it from Twitter, they’re trying to put it down the memory hole because they don’t like this,” McAleer says in a recent YouTube video discussing the issue. 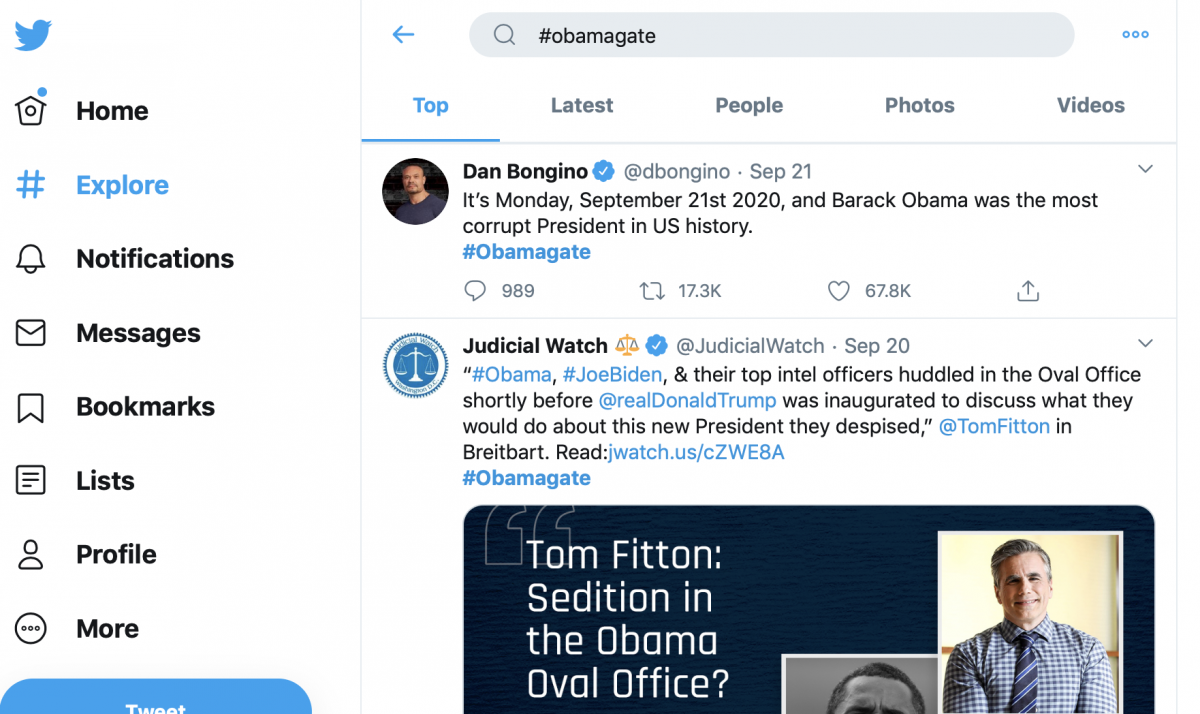 A search under the "Top" category comes up with examples of #obamagate, but none appear under the "latest" setting. (screenshot)

ObamaGate The Movie is a verbatim play that is set to be filmed “Hamilton style” in Los Angeles. Actors Dean Cain and Kristy Swanson have been cast.