Twitter Embarks on Mass Purge of Those Expressing 'Extremist' Ideas 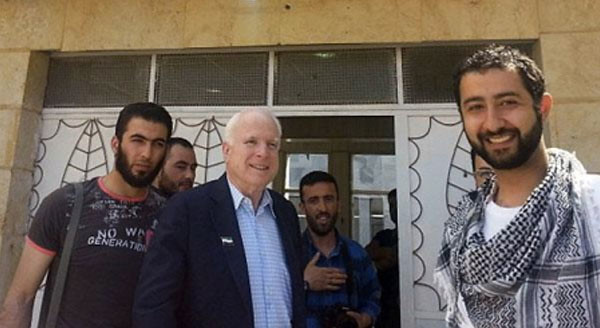 The internet is abuzz this week with new revelations about the towering edifice of hypocrisy and left-wing censorship being built by the controllers of Twitter.

Exactly four weeks ago, Twitter permanently banned gay conservative commentator and humorist Milo Yiannopoulos from the platform, claiming that he incited abuse of comic actress Leslie Jones after, get this, she reacted harshly to his critical review of her performance in the new “Ghostbusters” film.

The exchange was fairly innocuous, with Jones acting peeved and Milo displaying the rapier wit of a sharp stand-up comedian, and the final straw came when Jones blocked him, and Milo Tweeted: “Rejected by another black dude…” and posted her photo.

Witty, harsh, certainly not racist, but mocking Ms. Jones’ tough appearance (something her character in the new “Ghostbusters” film did as well, to a large degree), Milo’s tweet was his last, for Twitter’s rulers are promoting an image akin to a “safe space” where uptight leftists will never be “triggered” by anything the leftists don’t like. Now, if you look for Milo’s final Tweet, you’ll see this.

But Twitter’s double-standard when it comes to users “inciting” violence is beyond measure. On August 15, leftist and lesbian feminist journalist for The Guardian, Julie Bindel Tweeted that “All men are rapists and should be put in prison and then shot.”

Julie’s still going strong on Twitter. And if Milo had been left-wing and said the same thing, one suspects he would still have a platform on the Tweet-deck as well.

But Ms. Bindel’s opinions go much further than a mere Tweet calling for the incarceration and extermination of all men. She also recently posted a piece for The Guardian in which -- because of the mass “misunderstanding” of rape and the pervasive mists of “rape culture” breathed by the blockheads who might sit on a jury -- she calls for rape trials to be stripped of juries altogether and ruled on solely by “informed” and “educated” judges.

The fact that her proposal flies in the face of hundreds of years of British Common Law, and the idea that an accused can get a trial by a jury of his or her so-called peers, is not present in her piece. Even a mention of it might be nice.

This is not to be flip about the nuances and emotional difficulties met by the victims and juries in rape trials, it is just that calling for the abolition of the last judicial barrier against state tyranny is a bit much.

But, hey, if Julie can get all men locked up, then her proposals for rape trials will be moot anyway! The way she sees the prisons and the men in them:

Such combinations of wit, charm, and class are rare. But she certainly has a right to say what she wants, and even to accept checks from “The Guardian” for such wildly mediocre humor.

Should Twitter ban her for calling for the death of all men? That is up to the big-wigs at Twitter. It’s a private entity, and the owners of it can set the rules – as arbitrary and left-coddling as they are. Consumers are free to use or not use the platform. The more people are dissatisfied with it, the more likely a competitor will have an opportunity to start a new platform and make a huge profit.

But one cannot overlook the day-to-day operations of Twitter’s left-leaning, progressive agenda. Not only has it been accused of sanitizing Tweets critical or “abusive” of President Obama, it has been roundly criticized for shutting down the immensely popular “#WhichHillary” trend that pointed out the double-standards of Hillary Clinton after a protester noted her previous stance on “Three Strikes” laws and her calling black men “super-predators.”

And Twitter continues along its unassailably blurry path. This morning, its staff announced what they must think is a laudable move. Today, the New York Times reported that Twitter had shut down 235,000 accounts in the past six months, bringing the one-year total to 350,000. The reason? Extremism, whatever that means. According to Katie Benner, writing for the Times, Twitter banned the users, “as part of a continuing effort to keep people from using the social network for extremist causes.”

But what does the Twitter gang consider “extremist causes”? Would a Gadsden Flag on a Twitter page background be considered “extremist” or racial harassment, as the Equal Employment Opportunity Commission is considering could be the case in your workplace? (Really. That is something the bureaucrats are actually considering.) Would Barry Goldwater’s statement: “Extremism in the defense of liberty is no vice…” be verboten on Twitter?

In the Times piece, the editors thought it prudent to accompany the text with a photo of members of the al Nusra Front, a group of mostly militant Muslim males who helped expand ISIS. But if Twitter is going to block people associated with “extremist” groups such as that, will they block US politicians who have been accused of helping to get arms to supposed “Syrian rebels” who turned out to be connected to ISIS? What about people like Senator John McCain, who cannot shake the trouble of his 2013 visit to Turkey where he met with, and posed for photos with, members of an Islamic group that might be connected to ISIS or working along side it?

Certainly, the people who run the company can do as they see fit. But thus far, what they have done is shut down voices critical of the growing federal government and critical of leftist “trigger culture,” while not bothering to do the same for clear violations of what it says are unacceptable modes of behavior by leftists and people in favor of US militarism to “spread democracy.”