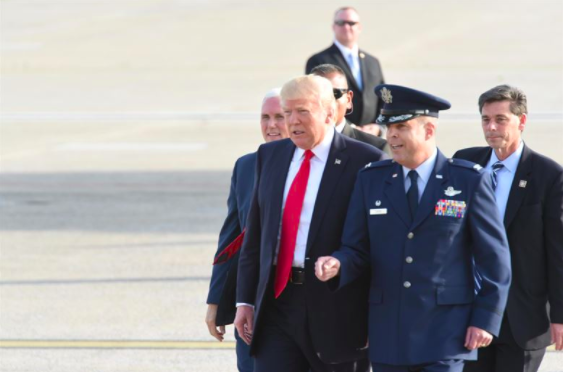 During Thursday’s White House press briefing, Press Secretary Sarah Huckabee Sanders announced that President Trump would be receiving a comprehensive physical examination on Friday. The routine visit will be his first since he took office nearly a year ago, and will take place at Walter Reed Medical Center in Bethesda, Md.

Sanders said that the White House will put out a brief statement after the exam and Trump’s doctor will join her at the podium on Tuesday to give a detailed read-out of the results.

While answering questions from reporters after an event on prison reform at the White House on Thursday, Trump said he expects his physical examination to go well, joking that if it doesn't, the stock market will take a hit.

His physical comes as the media questions his mental health and has expressed concern over his “disconcerting” diet and love of McDonald’s.

Trump claimed on the campaign trail that he would be the “healthiest individual ever elected to the presidency.”