Trump: ‘We’ve Made a Lot of Improvements’ – No One Knelt During the Anthem Super Bowl Sunday 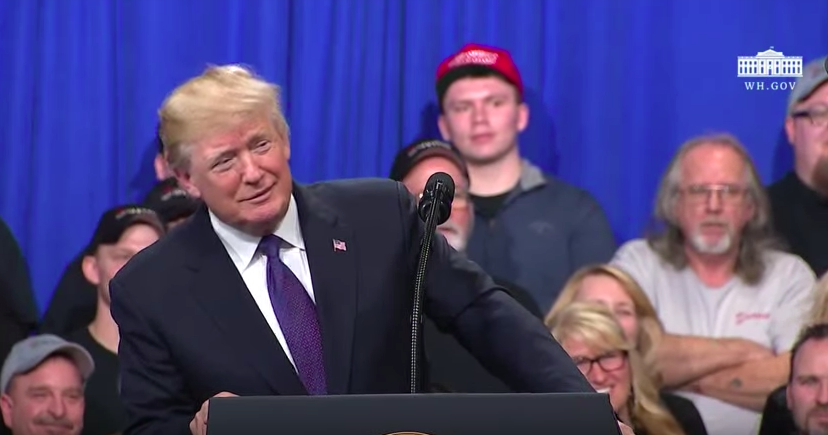 While delivering remarks at Sheffer Corp. in Blue Ash north of Cincinnati, Trump attempted to assure Americans still skeptical whether the tax overhaul will actually benefit them.

He said that one of the signs of improvement aside from bonuses and pay raises was the fact that no one knelt during the national anthem before the Super Bowl on Sunday.

“And when our workers win, who really wins? Our country wins. Because we’re all in this together,” he continued. “We’re one team, one people and one family, and we’re saluting one great American flag and everybody stood up yesterday.”

“There was nobody kneeling at the beginning of the Super Bowl,” Trump exclaimed. “We’ve made a lot of improvements, haven’t we?”

“That’s a big improvement, and on top of that it was a good game. So a lot of good things happened, but there was no kneeling at the Super Bowl,” said the President.

Trump in a presidential message ahead of Super Bowl LII on Sunday called on Americans to honor the military and stand for the anthem.

No one on the field knelt or sat during the anthem before the big game, the Associated Press reports.