Trump: ‘We’ve Been Humiliated’ by Obama's Secret Payment to Iran 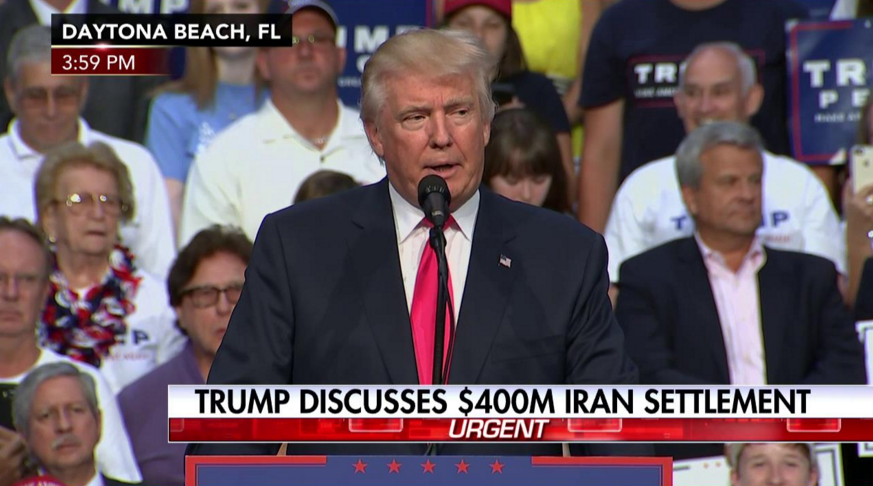 During a rally in Daytona Beach, Fla., on Wednesday, Donald Trump blasted President Obama for his administration’s secret cash payment to Iran of $400 million in January that coincided with the release of four American hostages.

“We have a president who, frankly, is incompetent,” said the Republican presidential nominee.

The White House on Wednesday denied suggestions that the $400 million cash payment to Iran was a ransom to free the four Americans being held hostage in Tehran.

White House spokesman Josh Earnest told reporters that the timing of the transfer was just coincidental, part of the $1.7 billion settlement the Obama administration reached with Iran.

“The United States under President Obama has not paid a ransom to secure the release of Americans unjustly detained in Iran and we're not going to pay a ransom,” Earnest declared.

“This all came to a head at the same time because we are addressing and resolving longstanding concerns with Iranian behavior and the benefits are almost too long to mention,” he said.