Only in clown world America 2019, can the government not ask the people inside its borders if they are a citizen or not.

At first it had seemed President Trump would have to cave on the census question that he originally had proposed on Twitter. This was after the Supreme Court asked the Trump administration to give a better reason for adding the question and for now, told the government they couldn't add the question to the 2020 census. 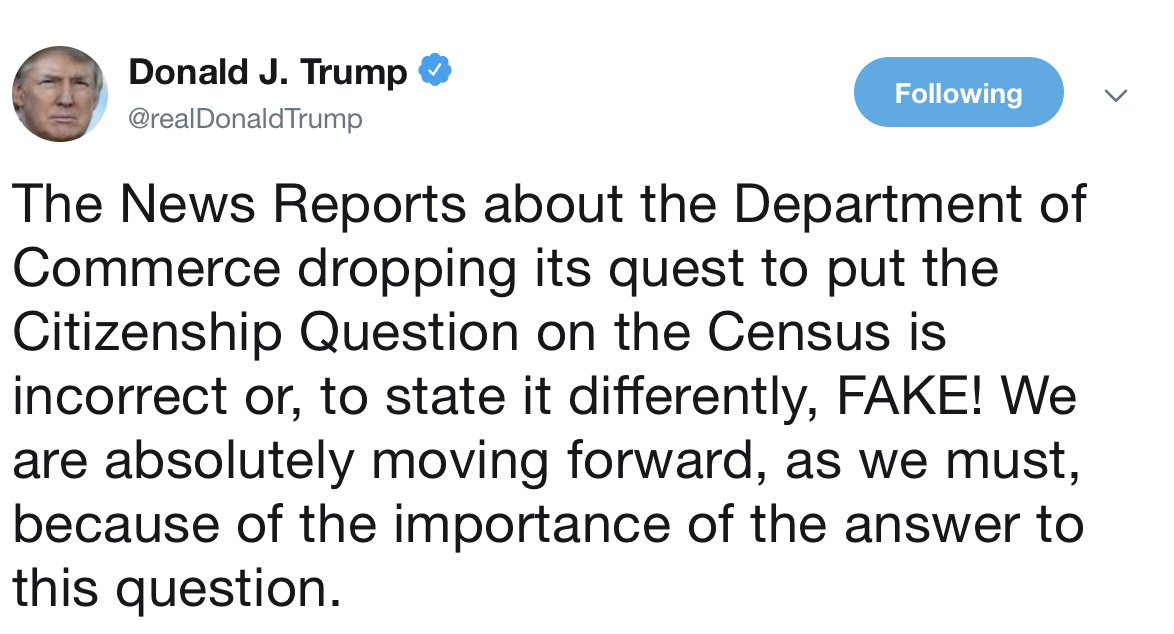 Reported by the New York Post, the Dept. of Justice released a memo stating that they had begun printing the census forms without the citizenship question.

President Trump tweeted out Tuesday that he will ask the Commerce and Justice departments to bring this issue to a “successful conclusion”.

Now, the chaos continues, as Trump tweeted out on Wednesday that any reports on the census not including the citizenship question are fake news.

The News Reports about the Department of Commerce dropping its quest to put the Citizenship Question on the Census is incorrect or, to state it differently, FAKE! We are absolutely moving forward, as we must, because of the importance of the answer to this question.