Trump to Voters: ‘My Only Special Interest is You’ 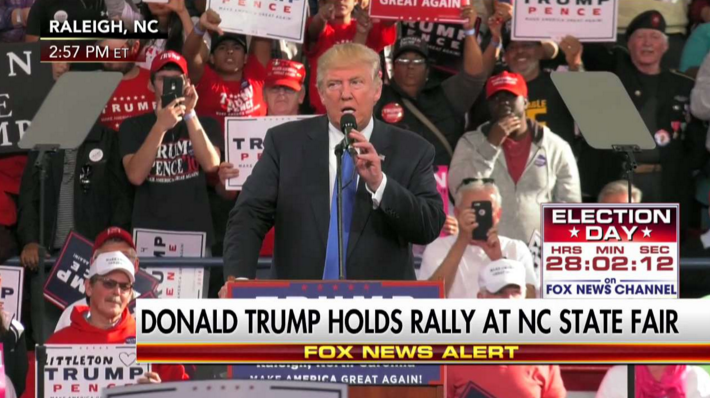 Donald Trump held a rally on Monday in Raleigh, N.C., one day ahead of Election Day.

In his final pitch to voters, the Republican presidential candidate told attendees that the choice this election is clear: whether the U.S. will be “ruled by a corrupt political class” or “ruled by the people.”

“I’m not a politician, I can say proudly,” he went on. “My only special interest is you.”

Trump later criticized his Democratic rival and former secretary of state Hillary Clinton as “the most corrupt politician to ever run” for the presidency.

"Hillary Clinton sold her office to the highest bidder," he said. "She's being protected by a totally rigged system."

Check out a clip from the rally below.