Trump on ‘Very Nice’ Christmas Letter from Putin: ‘His Thoughts are So Correct’ 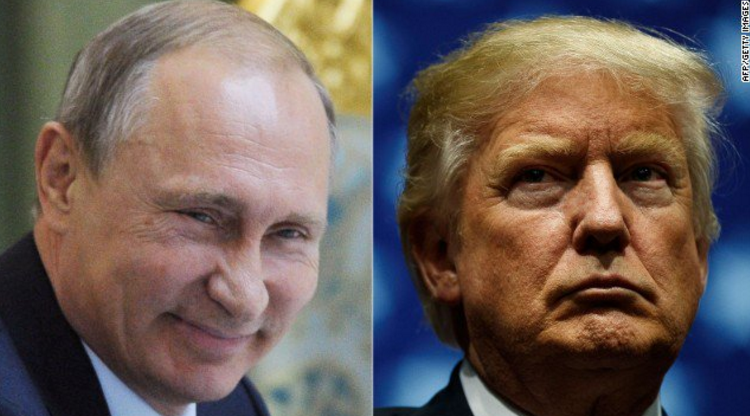 President-elect Donald Trump on Friday shared a Christmas letter he received from none other than Russian leader Vladimir Putin.

He praised Putin for expressing the need for better cooperation between the U.S. and Russia, saying, “his thoughts are so correct.”

"A very nice letter from Vladimir Putin; his thoughts are so correct," Trump said in a statement. "I hope both sides are able to live up to these thoughts, and we do not have to travel an alternate path." 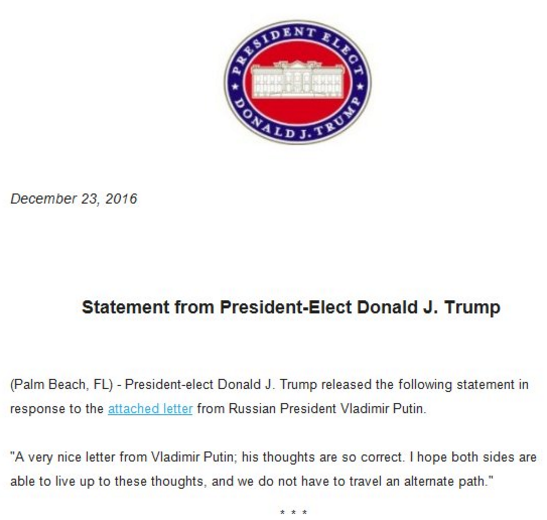 He wrote that he hopes the two countries will be able to “bring our level of collaboration on the international scene to a qualitatively new level.”

"I hope that after you assume the position of the President of the United States of America we will be able – by acting in a constructive and pragmatic manner - to take real steps to restore the framework of bilateral cooperation in different areas as well as bring our level of collaboration on the international scene to a qualitatively new level,” the letter reads.

Russia has been accused of interfering with the U.S. election by U.S. intelligence officials.

President Obama announced that the U.S. would “need to take action” against Russia for meddling in the election.

In a press conference on Friday, Putin said that Democrats need to learn “how to lose with dignity,” denying any such involvement with the results on Election Day.