President Donald Trump tweeted a toweringly humorous meme of Greenland late Monday, as his interest in purchasing the region continues.

Trump’s meme showed a Trump International Hotel photoshopped onto a fishing village, captioned with his promise to “not to do this to Greenland.” 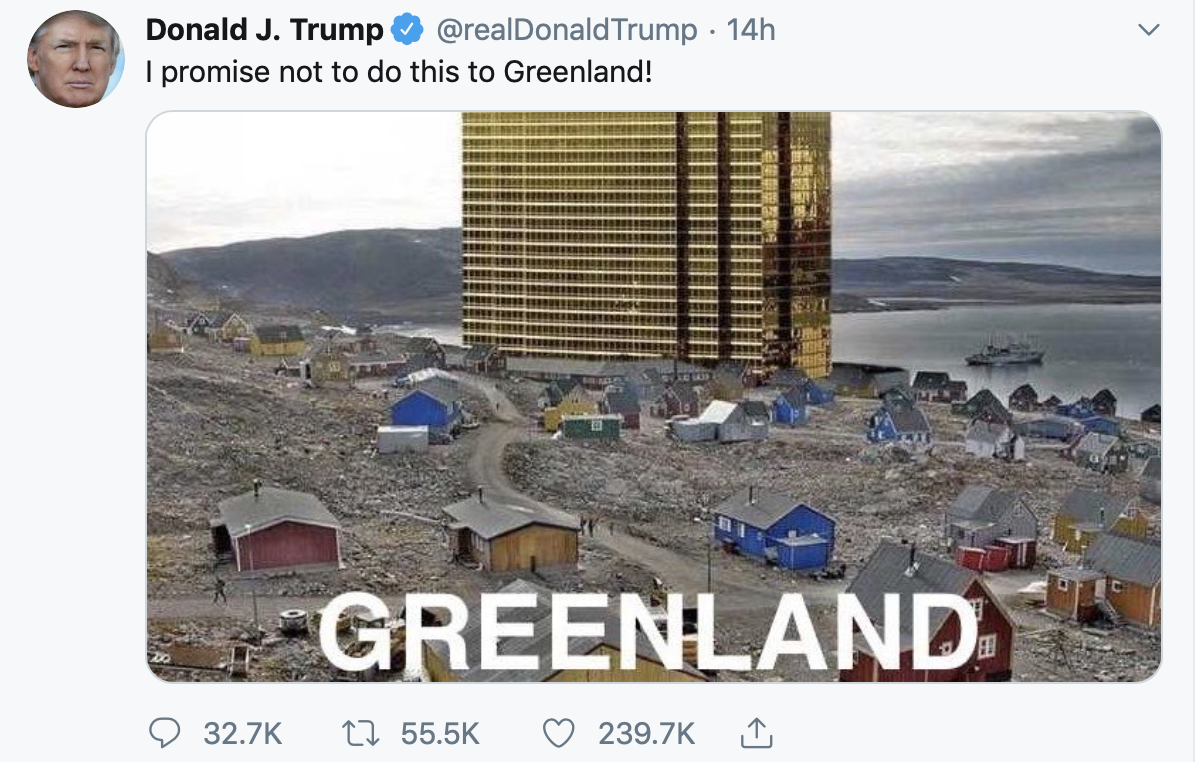 Since many on the Left have no sense of humor, they freaked out on social media as expected - others, including Geraldo Rivera, at least took it for the joke it was.

As CNSNews.com reports, Greenland, is an autonomous territory of Denmark, and is not for sale, Danish officials have insisted:

President Trump on Sunday admitted what the Wall Street Journal first reported – that he has considered the idea of purchasing Greenland from Denmark. 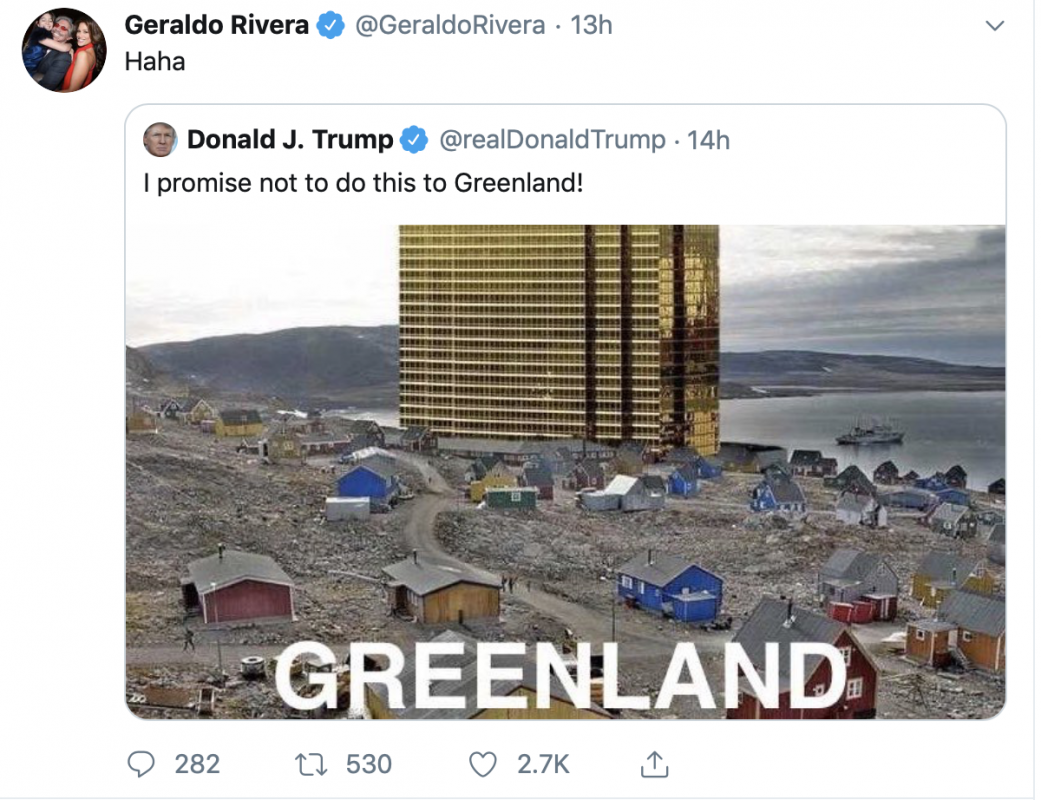