Trump Tweets at Times After Incorrect Report on Rally Size

The New York Times reported that around only 1,000 people turned out for President Trump's Nashville rally for Marsha Blackburn - and were so far off the mark the president called them out on Twitter. 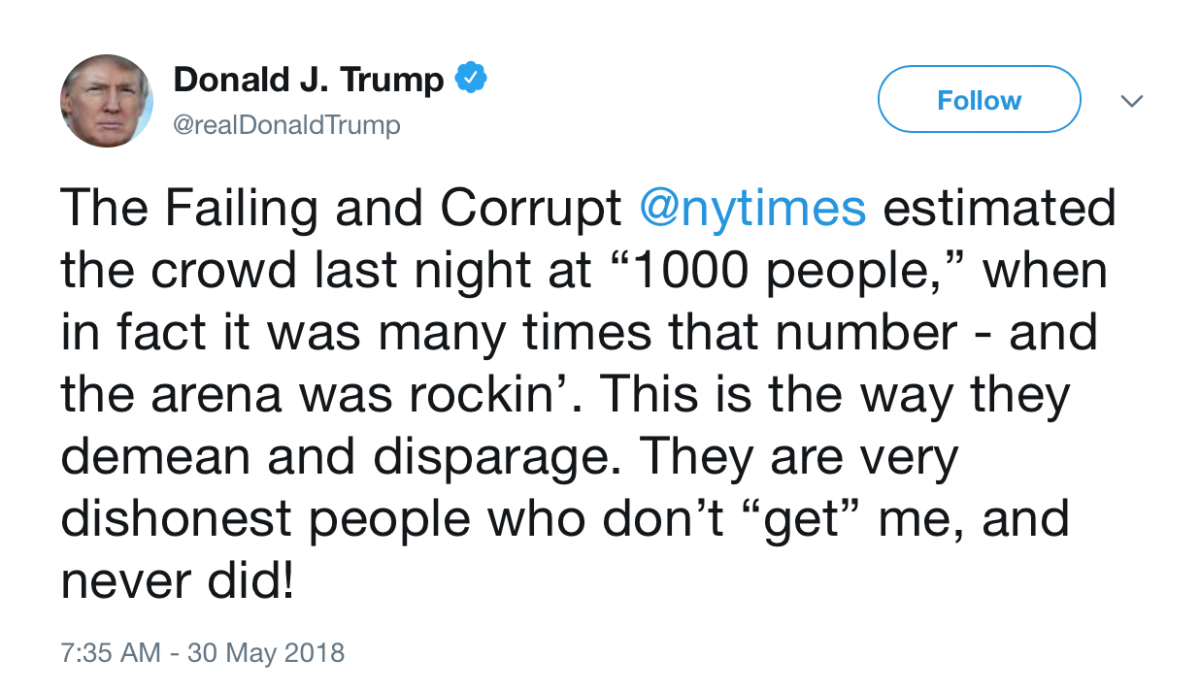 On Wednesday Morning, President Trump called out the Times on his Twitter saying, “The Failing and Corrupt @nytimes estimated the crowd last night at “1000 people,” when in fact it was many times that number” and “This is the way they demean and disparage.”

The Times reporter covering the event has since admitted the NYT were wrong about the number of people, correcting it to 5,500.

According to Breitbart news, the number was actually closer to 8,000.