With all the plastic bans increasing in this country, there have been those pushing ineffective paper straws as an alternative. Knowing this, President Trump decided to capitalize on the opportunity to provide people with straws that actually work.

The Trump reelection campaign has been selling red plastic Trump straws on their website and have raised over $200,000 in the process.

“We have sold more than 140,000 straws,” Brad Parscale, Trump’s 2020 campaign manager said. “That is over $200,000 raised. More than half of all Straw purchasers were BRAND NEW small dollar donors. Amazing!”

More than half of all Straw purchasers were BRAND NEW small dollar donors.

The president appears to be trolling liberal cities and states who have placed a ban on plastic straws because of “climate change.”

The laser engraved drink sucking devices are advertised as recyclable and come in a pack of 10 for $15 — USA made. 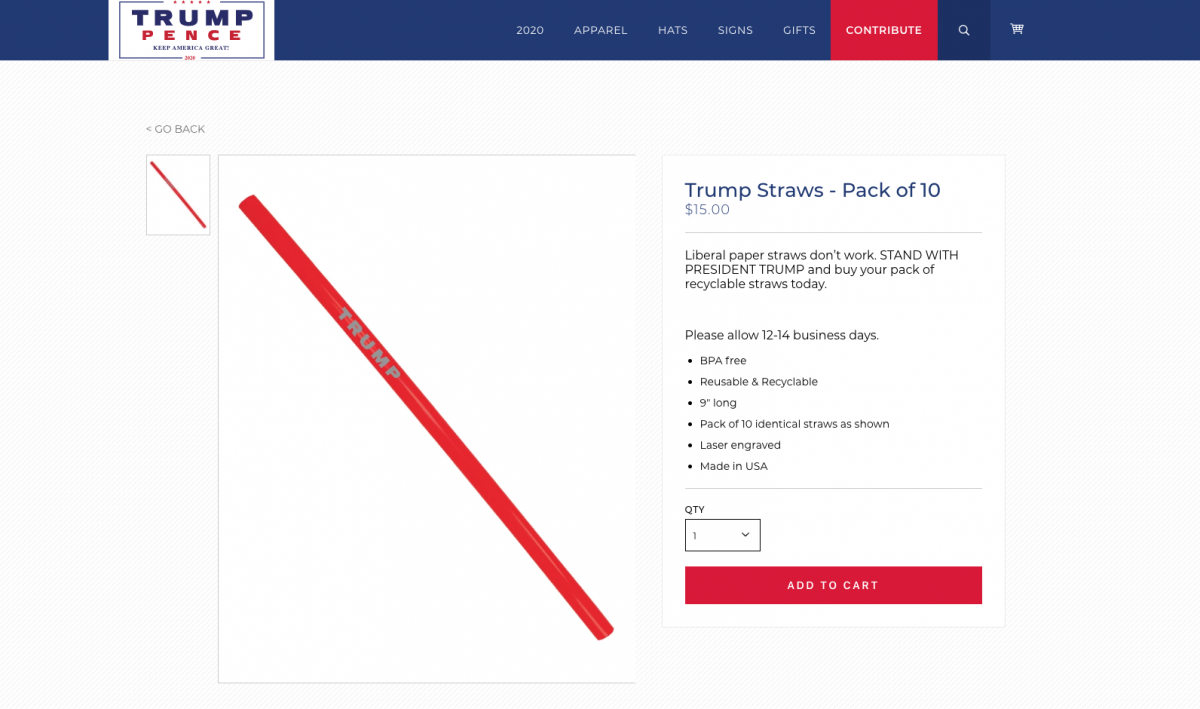 For those who had a problem with the president promoting his campaign straws, he spoke with reporters at the White House last week and made it clear there are bigger problems out there than these simple drinking tools.

“Everybody focuses on the straws, but there’s a lot of other things to focus [on],” Trump said.

"I do think we have bigger problems than plastic straws," Pres. Trump says. "You have a little straw. But what about the plates, the wrappers and everything else that are much bigger, and they're made of the same material?" https://t.co/NkJuIoh4fP pic.twitter.com/La6uTTpmeH