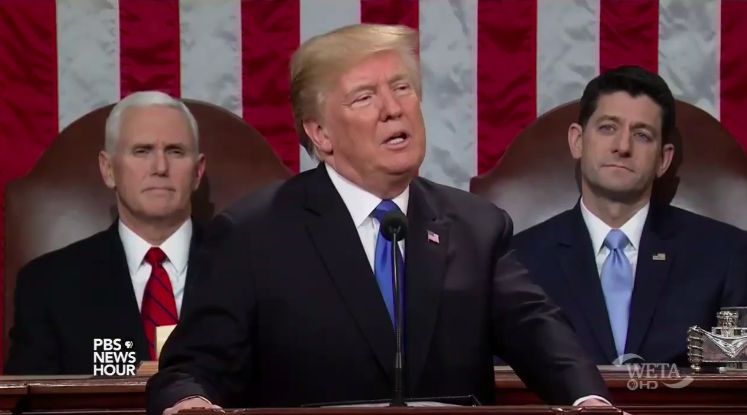 President Trump during his first State of the Union address Tuesday night took a dig at NFL players and athletes who kneel during the National Anthem.

He praised U.S. veterans for their bravery and said that their sacrifices serve as a reminder why Americans honor the flag and “proudly stand” for the National Anthem.

“For those who have served our nation reminds us of why we salute our flag, why we put our hands on our hearts during the Pledge of Allegiance, and why we proudly stand during the National Anthem,” said Trump.

His remark drew rounds of applause.

Trump was not afraid to say the words, “In God we trust,” during his address.

"In America, we know that faith and family, not government and bureaucracy, are the center of the American life. The motto is 'in God we trust,'" he said.

He promised to protect religious liberty for all Americans.

Trump with a big message about God at #SOTU. pic.twitter.com/cU1O4g8o97