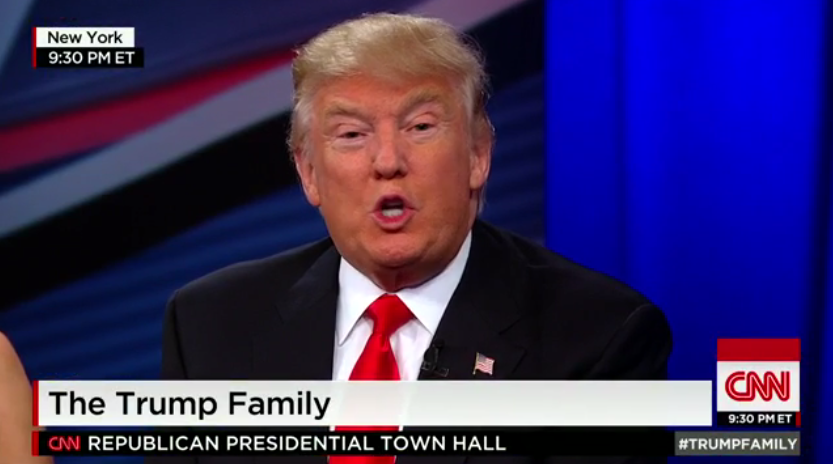 GOP presidential frontrunner Donald Trump said that he plans to be “less presidential” in a general election against Hillary Clinton.

When asked by CNN town hall host Anderson Cooper Tuesday night to respond to criticisms of his tone and behavior in exchanges with his fellow Republican candidates, Trump said that he will be “so presidential” once he “takes out” Texas Sen. Ted Cruz and Ohio Gov. John Kasich.

He added that, in a general election against Hillary Clinton, he’ll “have to” become “less presidential” again.

“I have to because I have two more people I have to take out,” said Trump. “And when I take them out, I will be so presidential, you won’t believe it. And then, of course, I’ll start on Hillary and then I’ll be a little bit less presidential.”

Listen to his remarks in the short video clip below.

Trump says he will be 'less presidential' when he takes on Hillary Clinton. https://t.co/oZz0jUmo8i #TrumpFamily https://t.co/JwH92Y59ey