Trump: The Media Are ‘The Most Dishonest People in the World’ 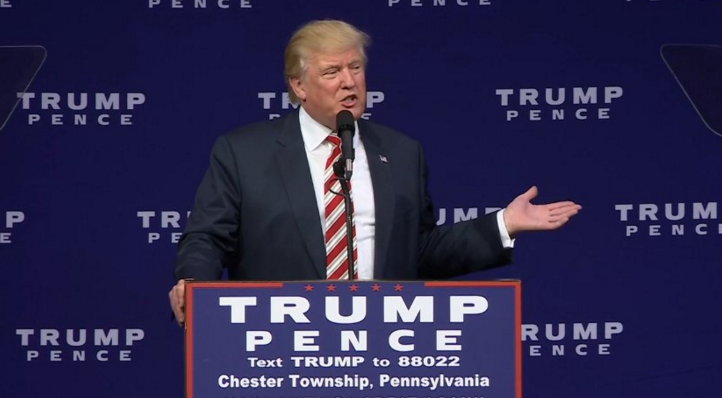 Donald Trump said at a rally in Chester Township, Penn., on Thursday that “the most dishonest people in the world” are members of the media.

He said that, if the media were honest, they would turn their cameras around to show viewers the turnout at his rallies.

“Among the most dishonest people in the world, the media,” he said, pointing toward the press section. “The only time they show the crowd … take the camera and show what’s back there!”

Watch the rally below.