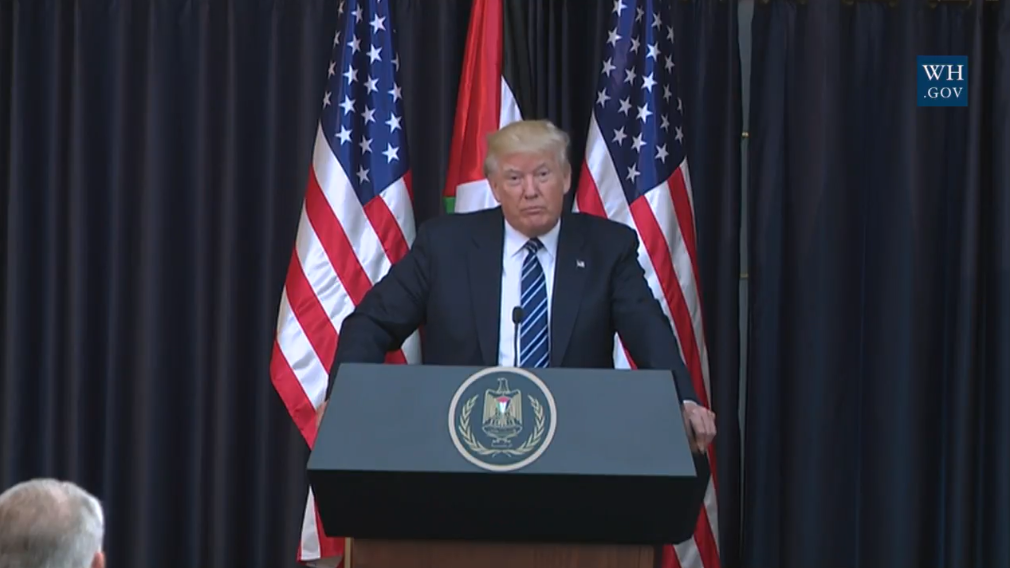 President Trump called the perpetrators of the terrorist attack at the Manchester Arena that killed at least 22 and injured 59 Monday “evil losers in life," adding that terrorists, as well as those that provide them “aid and comfort,” “must be driven out of our society forever.”

While speaking next to Palestinian Authority leader Mahmoud Abbas on Tuesday, Trump said, “I extend my deepest condolences to those so terribly injured in this terrorist attack and to the many killed and the families, so many families, of the victims. We stand in absolute solidarity with the people of the United Kingdom.”

“So many young, beautiful, innocent people living and enjoying their lives, [were] murdered by evil losers in life,” he continued. “I won’t call them monsters, because they would like that term. They would think that’s a great name. I will call them, from now on, losers, because that’s what they are. They’re losers. And we’ll have more of them, but they’re losers. Just remember that.”

“This is what I’ve spent these last few days talking about during my trip overseas: Our society can have no tolerance for this continuation of bloodshed. We cannot stand a moment longer for the slaughter of innocent people. And in today’s attack, it was mostly innocent children,” he added. “The terrorists and extremists—and those who give them aid and comfort—must be driven out of our society forever. This wicked ideology must be obliterated, and I mean completely obliterated. And the innocent life must be protected.”

“All innocent lives. Life must be protected. All civilized nations must join together to protect human life and the sacred right of our citizens to live in safety and in peace,” Trump continued.

Trump echoed his statements when speaking at the Israel Museum, saying, “Dozens of innocent people — beautiful young children — savagely murdered in this heinous attack upon humanity. I repeat again that we must drive out terrorists and the extremists from our midst. Obliterate this evil ideology and protect and defend our citizens and people of the world.”

“No child is born with prejudice in their heart,” Trump said. “No one should teach young boys and girls to hate and to kill.”