Trump On Iowa Caucus: ‘Will The Democrats Start Blaming RUSSIA’?

If Democrats want to see disruption in elections they don’t have to look to Russian foreign interference, in Iowa, they just have to look in the mirror.

The Iowa Caucus for Democrats has still failed to yield any results as of Tuesday morning after the Iowa Democratic Party found “inconsistencies” in multiple sets of reporting and their backup system failed.

Trump had some fun with the caucus chaos on Twitter.

“When will the Democrats start blaming RUSSIA, RUSSIA, RUSSIA, instead of their own incompetence for the voting disaster that just happened in the Great State of Iowa?” Trump tweeted Tuesday morning.

Earlier on Tuesday morning Trump called the Democratic Caucus an “unmitigated disaster,” noting “The only person that can claim a very big victory in Iowa last night is “Trump”. 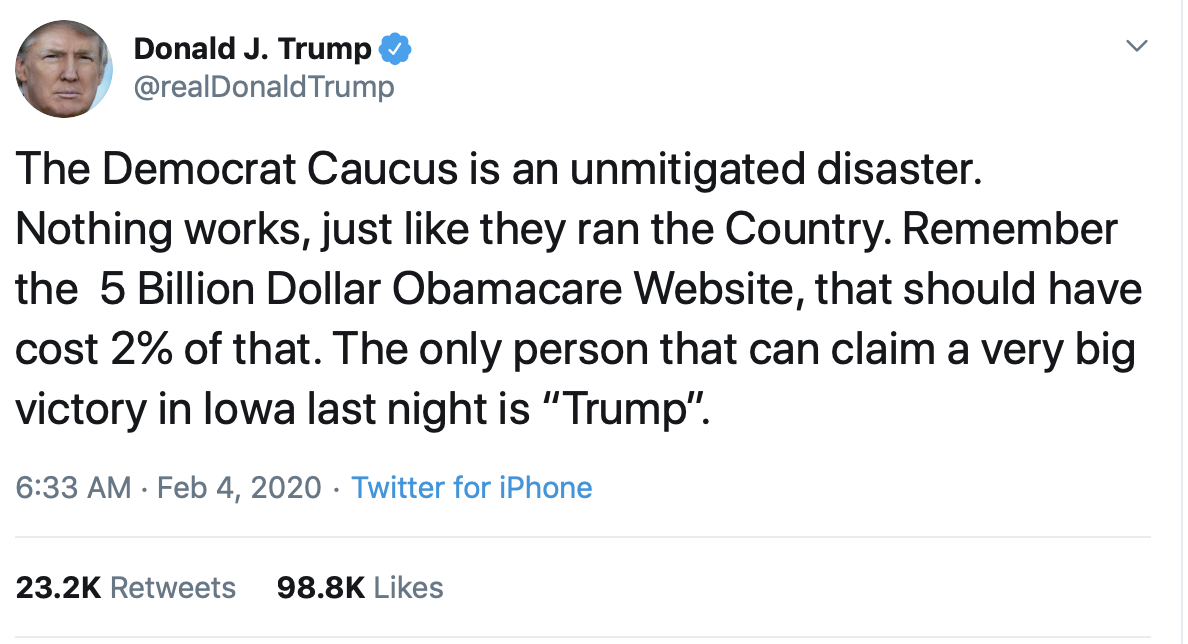