Trump on Equal Pay: Women Will ‘Make the Same' if They 'Do as Good a Job’ 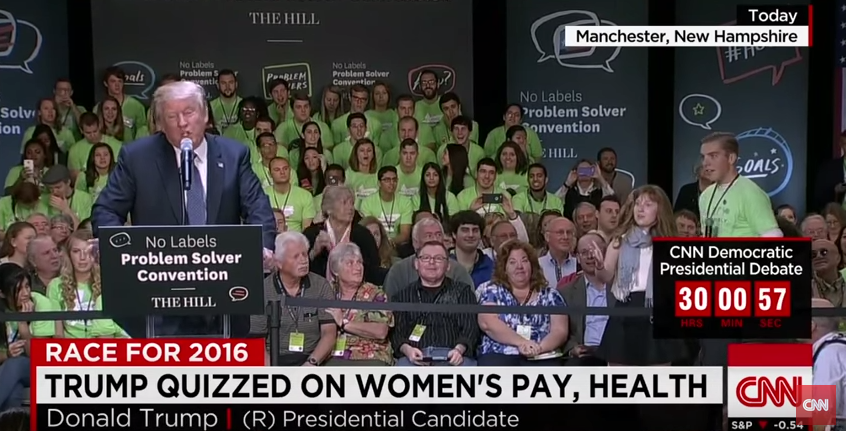 During a bipartisan event hosted by an organization called “No Labels” in New Hampshire on Monday, Republican presidential candidate Donald Trump was pressed on his stance regarding women’s issues.

“You’re gonna make the same if you do as good a job.”

The real estate mogul was also accused of not respecting women, to which he replied, “I cherish women.”

“I have had women working for me in positions that they’ve never worked in terms of so many different jobs,” said Trump. “I had a woman in charge of Trump Tower… I have given women more opportunity than I would say virtually anybody in the construction industry. I have a daughter named Ivanka and a wife named Melania who constantly want me to talk about women’s health issues because they know how I feel about it and they know how I feel about women.”

“I respect women. I love women. I cherish women.”

Watch the question and answer in the CNN video clip below.