Trump on Declassified Memo: ‘A Lot of People Should Be Ashamed' 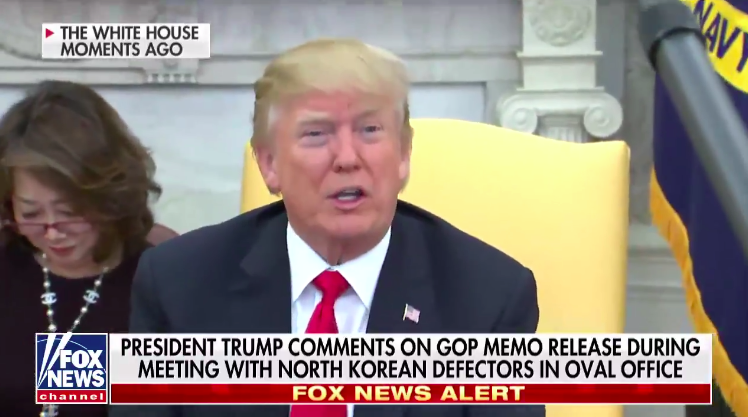 He called the findings of the memo “a disgrace” and said that “a lot of people should be ashamed of themselves.”

“A lot of people should be ashamed of themselves and much worse than that,” he added.

'A Lot of People Should Be Ashamed': President Trump Reacts to Surveillance Memo #MemoDay https://t.co/jT5YHRsYjz pic.twitter.com/CTVJw0O2ox

The House memo states that the disputed Russia "dossier" was key to the FBI’s Foreign Intelligence Surveillance Act (FISA) warrants to surveil members of the Trump campaign.

The dossier was substantially funded by the Democrats and then-presidential candidate Hillary Clinton, but none of the FISA warrant applications mentioned that “even though the political origins of the Steele dossier were then known to senior DOJ and FBI officials," the memo claims.

The memo also states that the former FBI Deputy Director Andrew McCabe who stepped down suddenly earlier this week said that he would not have authorized a surveillance warrant without the dossier.

Read the entire memo below: