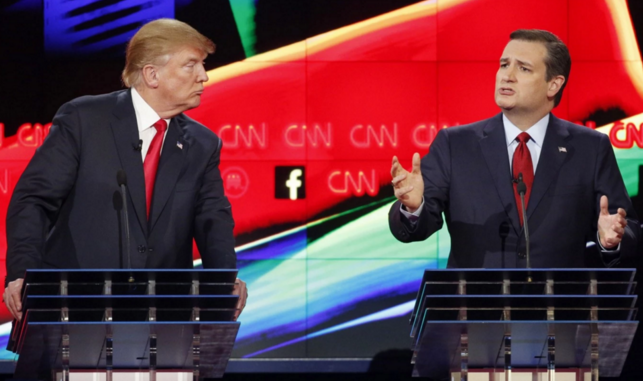 In an interview with The Washington Post, GOP presidential front-runner Donald Trump said that rival Ted Cruz’s Canadian birthplace is a “very precarious” issue for the potential nominee.

“Republicans are going to have to ask themselves the question: ‘Do we want a candidate who could be tied up in court for two years?’ That’d be a big problem,” said Trump. “It’d be a very precarious one for Republicans because he’d be running and the courts may take a long time to make a decision. You don’t want to be running and have that kind of thing over your head.”

“I’d hate to see something like that get in his way,” he added. “But a lot of people are talking about it and I know that even some states are looking at it very strongly, the fact that he was born in Canada and he has had a double passport.”

Trump didn’t mention whom specifically is addressing Cruz’s birthplace as a concern. He just said, "People are bringing it up."

My response to @realDonaldTrump calling into question my natural-born citizenship? https://t.co/gWfAHznlCY

He used a clip from the Happy Days episode “Fonzie Jumps the Shark” to send the message that Trump is creating an outrageous story to try and win back voters.

Trump’s comments come as Cruz is experiencing a rise in the polls. In an interview on Hannity Monday night, the Texas senator said that he expects to see a downpour of “false attack ads” and the like as he rises in popularity among conservative voters.