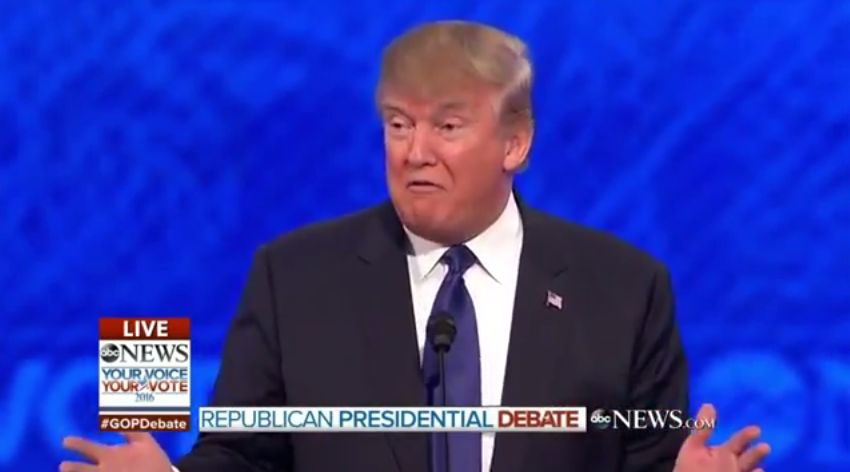 He called the government power to force people to sell their private property “an absolute necessity.”

The audience loudly booed Trump after essentially shushing fellow contender Jeb Bush for criticizing his abuse of eminent domain when investing in real estate in Atlantic City back in the mid-1990s. Trump then criticized the audience instead of his rivals on-stage:

“That’s all of his donors and special interests out there,” he said. “That’s what it is. And by the way, let me just tell you: We needed tickets. You can’t get them. You know who has the tickets? Donors, special interests, the people that are putting up the money. That’s who it is. The RNC told us, we have all donors in the audience.”

The audience booed him several times as he doubled down on his remarks.

Watch the dramatic event unfold below.