In the wake of the drunk driving tragedy that killed two men — including Indianapolis Colts linebacker Edwin Jackson — President Trump took to Twitter to both issue his condolences and call for immigration reform.

Trump responded to the news of the incident on Twitter: 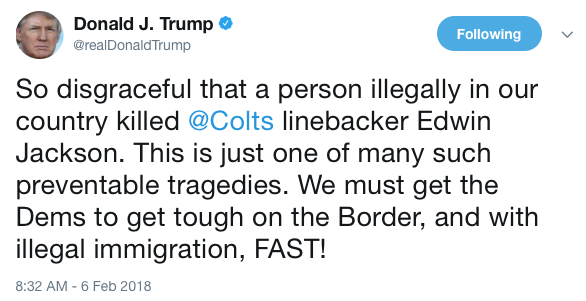 While Kate Steinle never received the justice she deserved, this case is just another reminder of how broken our immigration system has been over the years.