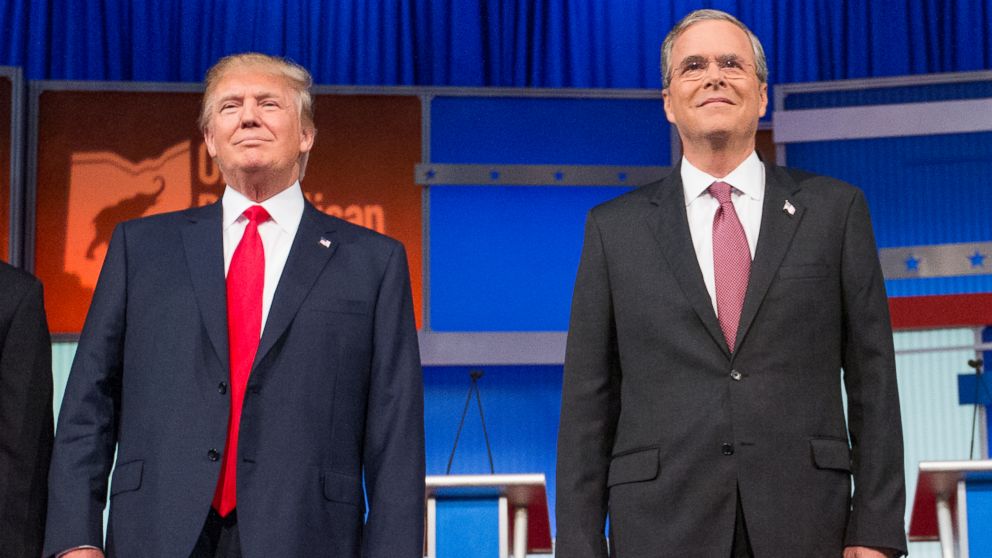 After Trump went after Bush for being “dead wrong” on foreign policy before alleging he stacked the room with “lobbyists,” Bush accused Trump of learning everything he knows from TV shows.

Check out some of the highlights from Bush v. Trump:

WATCH: Trump and Jeb rumble during the debate over 9/11. #TTT16 #GOPDebate pic.twitter.com/25FZBucZ7f


WATCH: Trump and Jeb get into nasty exchange with each other at #GOPDebate. #TTT16 pic.twitter.com/Yf5LqmDD6V