Trump on Bullying: ‘You Gotta Get Over It’ 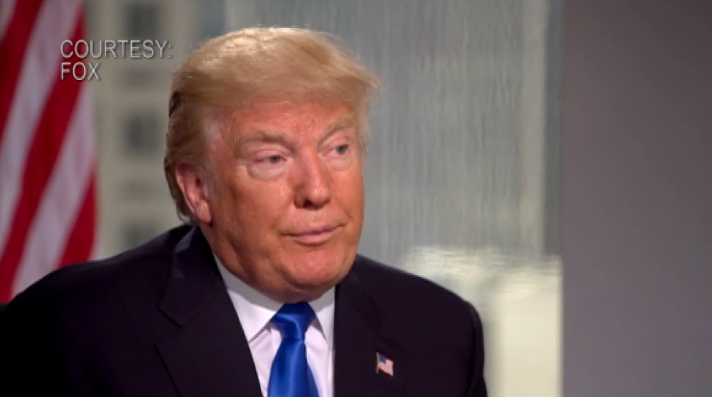 On the subject of bullying, he said that he thinks that victims have to "do whatever" they have to do to “get over it."

“I have seen bullying, and bullying doesn’t have to just be as a child,” he said. “I mean, I know people are bullied when they’re 55 years old.”

“It can happen when you’re 45,” Kelly interjected, referring to the insults she received from Trump and his supporters following the first Fox News Republican presidential debate in August.

“You know, it happens, right?” he replied. “But, you gotta get over it. Fight back. Do whatever you have to do.”

Trump's Twitter rants and degrading remarks toward women including Kelly have been widely publicized.

During the interview, he defended himself for his past actions, saying that he only attacks when he gets attacked:

“I’ve been saying this whole campaign that I’m a counter-puncher,” said the presumptive GOP nominee. “In just about all cases, I’ve been responding to what they did to me.”

Watch a video clip of Trump’s remarks below.