Trump: 'Brexit's Going to Be a Wonderful Thing' 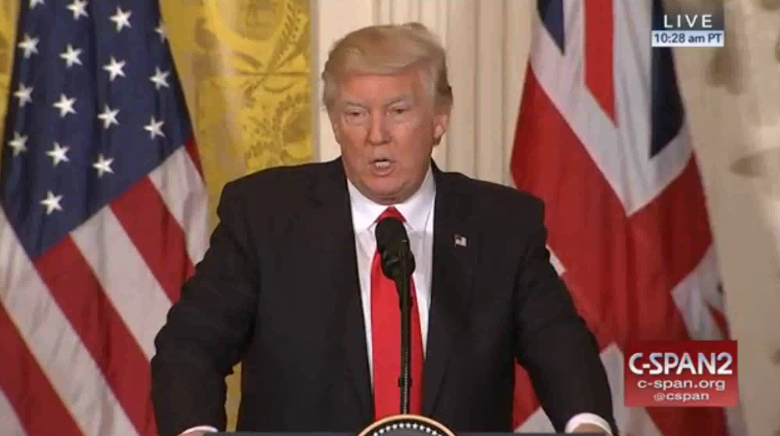 During a joint press conference with British Prime Minister Theresa May, President Donald Trump called Brexit as a “wonderful thing” and a “fantastic thing” for the United Kingdom.

At the beginning of the press conference, Trump went on to praise Britain for expressing its self-determination. Trump was later asked about the future of his relationship with May, given their different backgrounds.

Trump went on to say that he believes Brexit will be a “fantastic thing for the United Kingdom” and a “tremendous assert, not a tremendous liability.”