It seems as though a lot of people in the U.S. have forgotten what a joke sounds and/or looks like. Has the U.S. lost its sense of humor?

Former NFL kicker and CBS Sports football analyst Jay Feely tweeted a picture with his daughter and her boyfriend right before the couple went out Saturday night for their high school prom. It’s the prop Feely used in the picture that has the constantly triggered up in arms (pun intended). 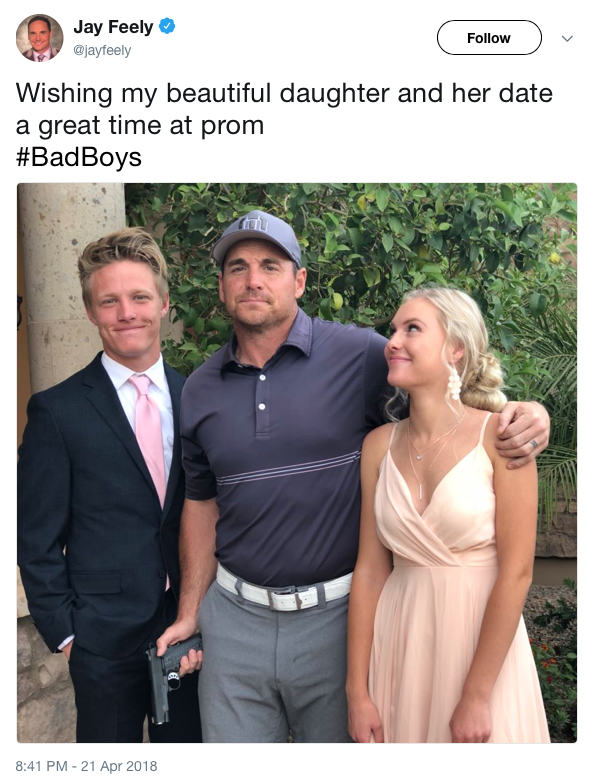 People who don’t understand firearms — or humor — were really pissed at the picture, displaying their animus towards Feely with Twitter responses.

Here’s some of the responses from people who don’t have the ability to understand a joke: 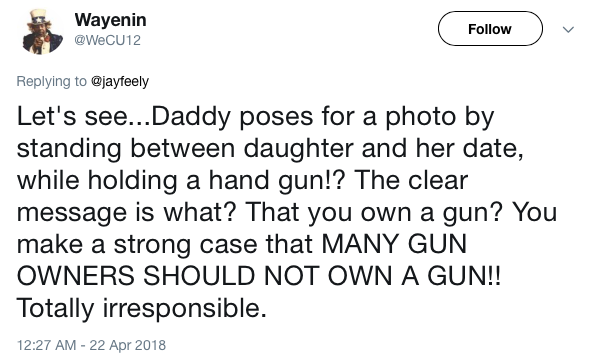 There were so many responses from the perennially butt-hurt that Feely felt the need to explain the joke (Feely did NOT apologize): 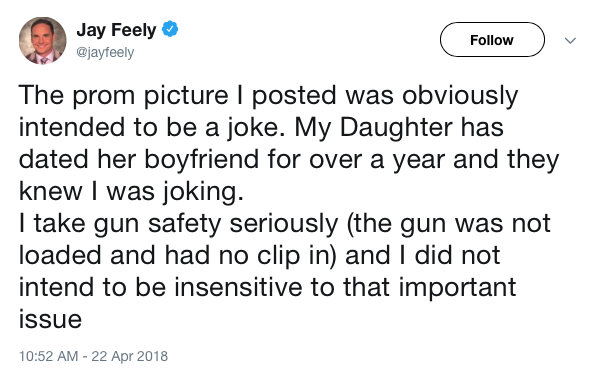 So if the gun wasn’t loaded, there was no magazine in the firearm and all parties knew the picture was a joke, where’s the problem? Feely’s picture was nothing more than the age-old joke of a father being overprotective of his daughter.

Of course, the media are all reporting this with the word joke in quotations, almost questioning whether it was really a joke or an intimidation tactic. Leave it to the media to not understand any joke that isn't about President Trump or Republicans.

If you can’t take a joke — or you don’t understand what humor is — you should probably stay away from pretty much everything, because comedy is there to push the boundaries of what’s funny. Some jokes work, some don’t.

This joke worked, but the offended make it so that we can’t have nice things.