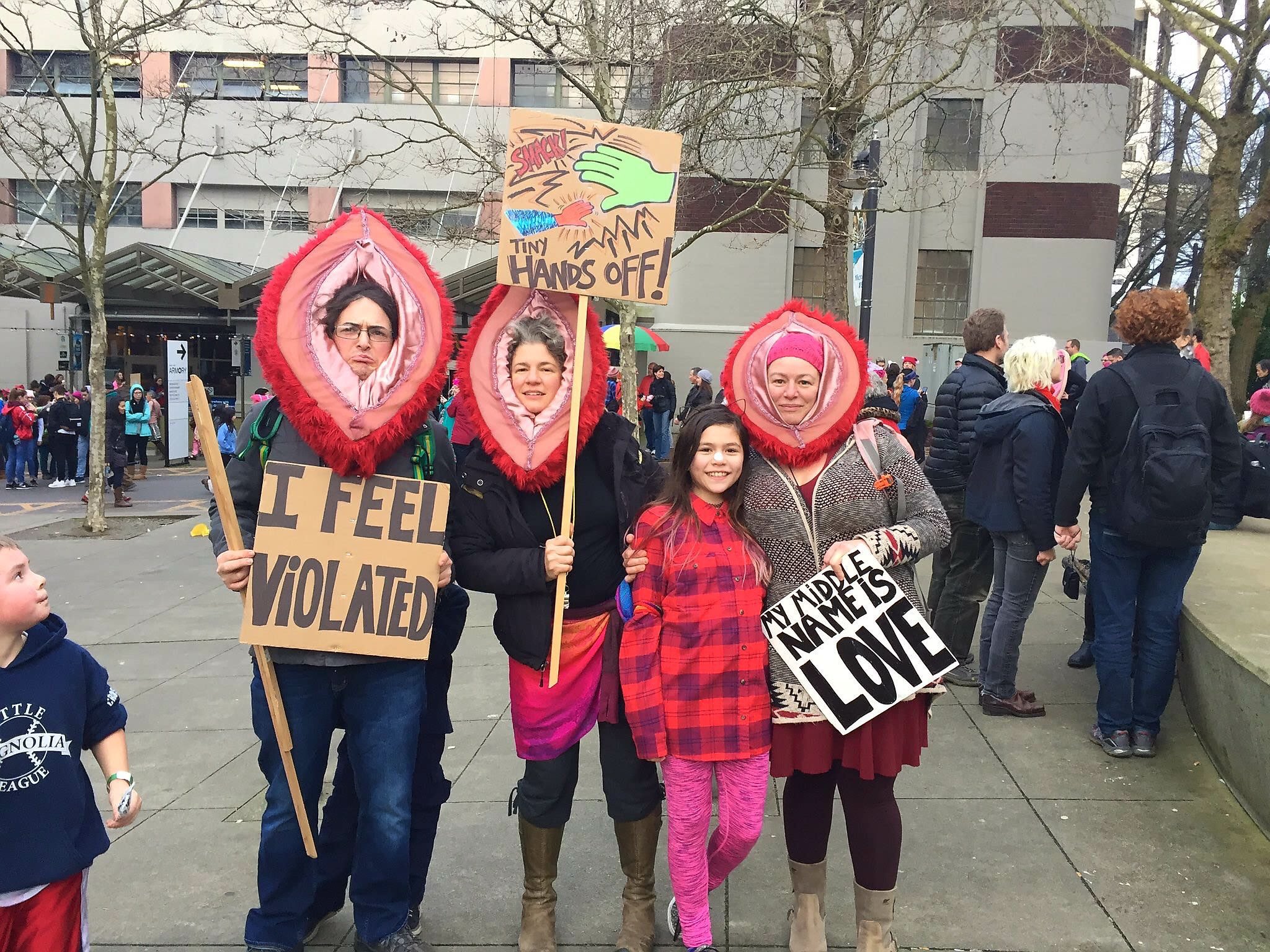 Transgender women and I finally agree on something: there were too many vaginas at last Saturday's Women’s March.

But that’s about where the similarities end.

Whereas I was offended by women wearing/parading around with vagina signs because…well, they were vaginas, the transgender community is apparently upset because all those female genital displays weren’t inclusive enough of "women" who have penises.

Mic.com ran an article about this very phenomenon Tuesday, alleging that the rampant use of the color pink, scads of vagina-related signs and the event’s trademark “pussyhats” all inadvertently marginalized transgender women by suggesting that being a woman is directly related to having a vagina.

“While clever, Suh's pussy hats set the tone for a march that would focus acutely on genitalia at the expense of the transgender community. Signs like ‘Pussy power,’ ‘Viva la Vulva’ and ‘Pussy grabs back’ all sent a clear and oppressive message to trans women, especially: having a vagina is essential to womanhood.”

Mic.com details the experience of one transgender “woman,” who said he didn’t go to the March because he felt excluded by all the “pussyhats," given that he does have a...well, you know.

Another trans abstainer said he was thrown off by a two-foot-tall knitted uterus, saying the whole thing had turned into a “white cis women march” that left him ostracized.

It’s moments like these when sane people scratch their heads, trying to figure out how to wrap their minds around this level of insanity.

The fact that transgender “women” are up in arms over the exclusionary Women’s March provides a shining example of what happens when science, standards and norms get chucked out the societal window in favor of emotion, perpetual offense and aimless progressivism.

Those who scream about doing away with the social gender line find themselves accidentally tromping all over it themselves, offending the very people they claim to support. Feminists who’ve long relied on exposing their physical attributes to make a point can no longer do so for fear of overlooking those who don’t have such attributes to flaunt. And women try desperately to maintain some powerful, personal identity separate from that of men, but can’t, because the very things that separate them from men are now “triggering” to the gender-nonconforming.

This is what happens when identity is no longer tethered to anything concrete. It’s now “fluid,” like water.

And, just like water, that makes it awfully hard to take a stand.