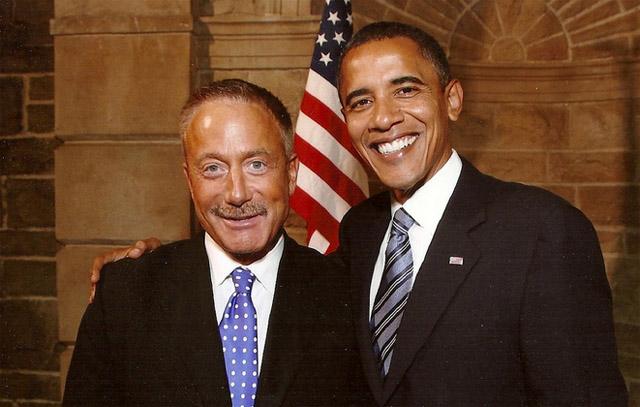 Terrence Patrick Bean, a major Democratic fundraiser and founder of the Human Rights Campaign—one of the largest gay rights groups in the country—was arrested in Oregon Wednesday on an indictment that he sexually abused a teenage boy in 2013.

He is accused of having a sexual encounter with a 15-year old boy in a Eugene, Oregon hotel room after meeting the boy online.

Bean is a major Democratic Party donor and has given money to several Democratic presidential candidates, including Barack Obama.

Bean maintains a Flickr account on which he has posted pictures of himself with the president, the First Lady and former President Bill Clinton. Bean has also flown on Air Force One with President Obama.

Bean’s boyfriend Kiah Lawson was also arrested in connection to the crime.

"Terry Bean is a highly respected community leader who has devoted his life to bettering our community... No allegations against Terry Bean should be taken at face value. We look forward to the opportunity to clear his name.''