Top 5 Presidential Firsts Obama Would Like You to Forget

President Obama has done a lot of things in his time in office, but there are quite a few he would probably like the American public to forget.

Here is a list of the top five things that Obama was the first President to accomplish (if you can count them as accomplishments):

5. The first president to be photographed smoking Marijuana

Obama's history with the "Choom Gang" in his youth is well-documented. While the president has acknowledged his pot-smoking past, but this photo certainly must be one he wishes would disappear from the Time.com Internet achieves.

4. The first president to have a law signed by an auto-pen without being present

While President Obama has done a lot of things without being "present," he actually signed a bill into law using an auto-pen when he extended The Patriot Act for four years back in 2011.

3. The first president to golf more than 150 times in his first five years in office

While this stat is true, Obama has been in office a couple of more years than the stat indicates. As of August of 2015, the president had played 247 rounds of golf.

2. The first president to declare that "we are no longer a Christian nation"

On June 28, 2006, then Senator Obama gave a speech to listeners at the "Call to Renewal" conference.

1. The first president in the history of the United States to preside over a cut to the country's credit rating 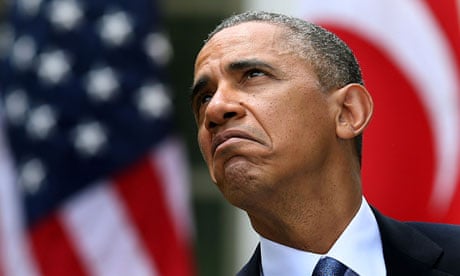