Toddlers Being Made to Carry 'F*** the Police' Signs In Portland

Toddlers and very young children are now being paraded past the federal courthouse in Portland with adult-made signs reading, among other things, “F*** the police.” 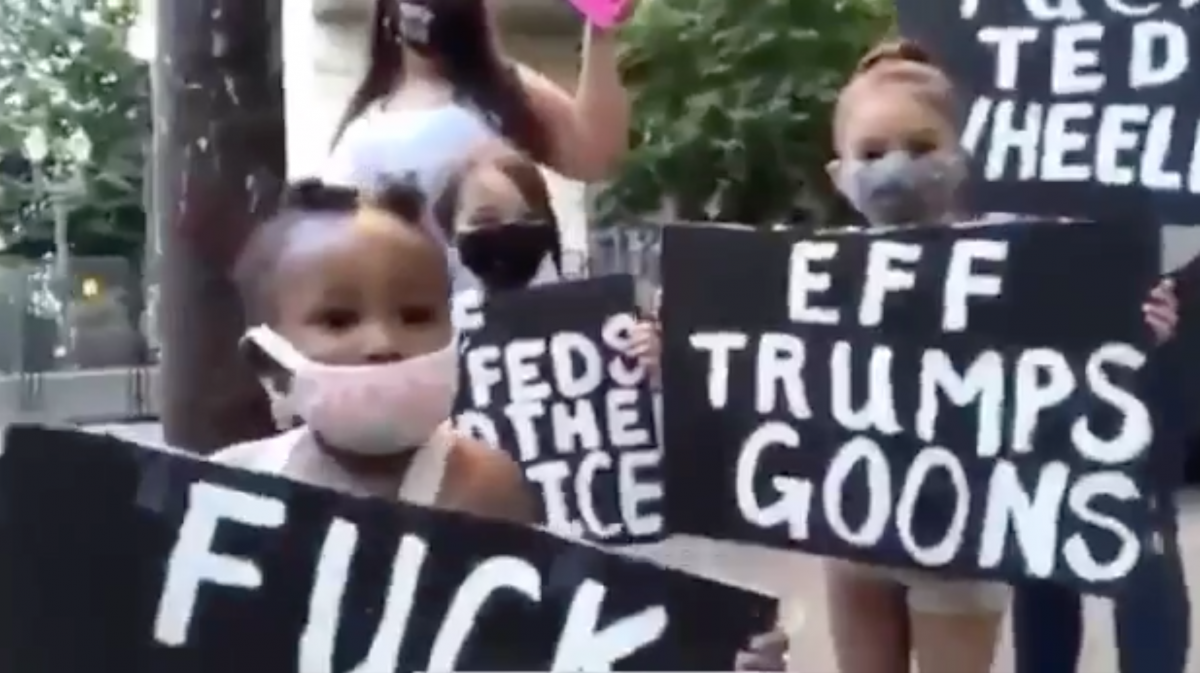 At an adult’s instruction, one clearly confused little black girl who looks to be around 3 years old raises a black power fist in the air before looking to a nearby adult for approval.

Toddlers and very young children are marched outside the Portland federal courthouse. They carry signs and say, “F— the police” on cue from the adults. One toddler does the black power fist. #BlackLivesMatter pic.twitter.com/Xr4ubMrKZs

Portland rioters have spent every night for the past several weeks attacking government buildings around the city, focusing largely on the federal courthouse. At one point early this week, Antifa terrorists barricaded the doors and attempted to set fire to the building with federal officers inside. Rioters managed to light a fire outside the building several nights later, even as Mayor Ted Wheeler and other Democrat lawmakers call for President Donald Trump to withdraw the federal troops stationed in the city to help quell the rampant violence.