According to this, in a now-deleted tweet, Matthews threatened: 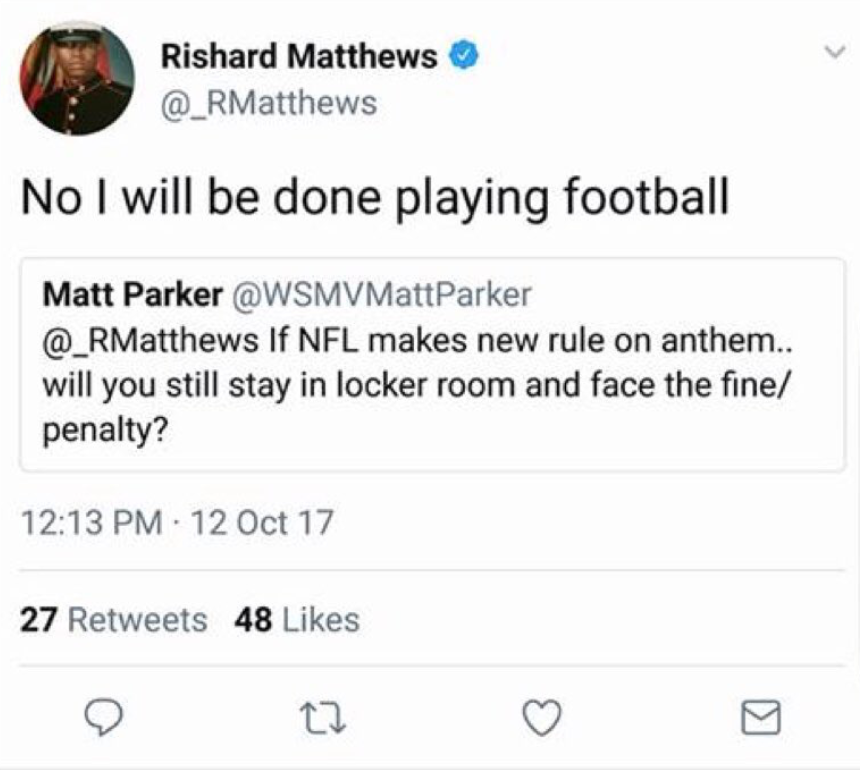 Yahoo! Sports reports nearly Matthews’ entire immediate family served in the military. His father and brother were both Marines, the latter of whom died in a plane crash in Afghanistan in 2015 while working as a defense contractor.

Matthews says he’s not anti-military, but refuses to stand for the anthem in protest of Donald Trump and his comments against NFL protesters who take a knee before games. Matthews has promised to continue kneeling during the National Anthem until Trump apologizes.

"I plan to kneel until the president apologizes for the comments that he made, because I felt like those were very disrespectful comments that he made," Matthews said on ESPN's NFL Live Tuesday. "The league is made up of, I think, ... over 70 percent African-Americans, so the people that would be kneeling for this cause would be African-Americans.”

To keep it honest, he was calling a lot of us, and I feel that he was calling myself, an S.O.B., and that's not OK and very disrespectful. So I plan to kneel until the president apologizes,” he added.

Because apparently to Matthews, the American flag and the Star-Spangled Banner represent the president and nothing else.

Like, say, the entire rest of the country, and those who fight for it.