TIME Reveals 'Person of the Year' Nominees, Including Anti-Gun Activists and Illegal Aliens

TIME Magazine is out with it's short list for potential winners of the publication's longstanding "Person of the Year" award, and...well, let's just say the contenders are causing more than a few people to scratch their heads.

After a nod to Donald Trump as a possible winner, TIME laid out its other considerations for this illustrious honor that ultimately means nothing. Other nominess include: 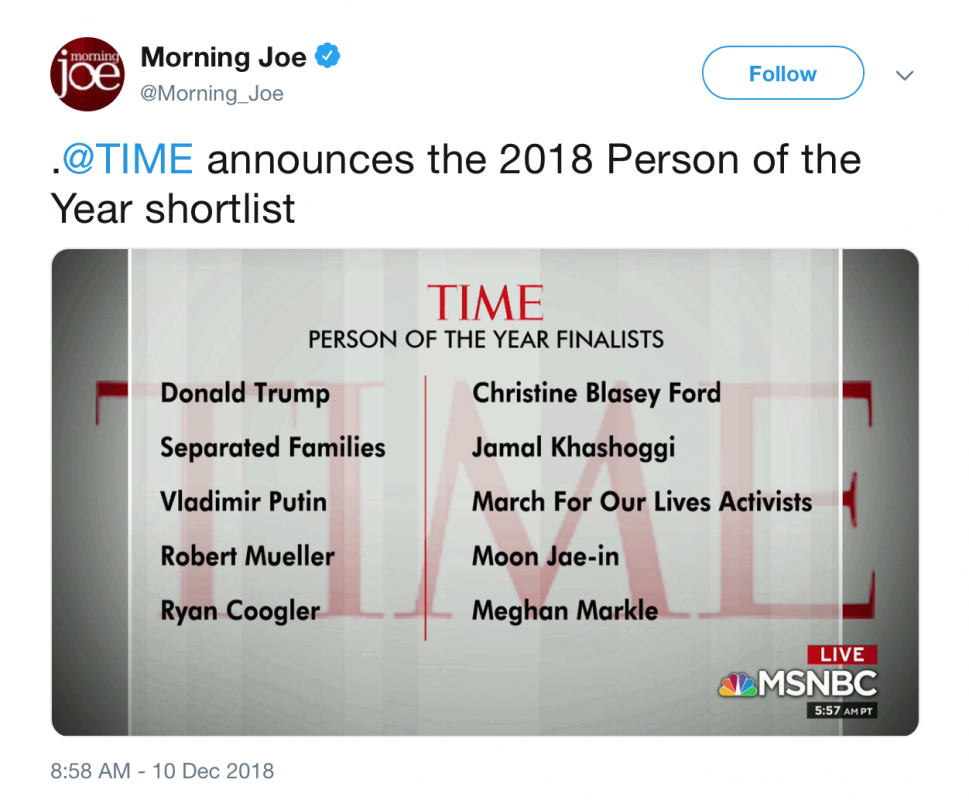 Yes, illegal aliens who knowingly broke U.S. immigration law – including hundreds who were caught claiming kids that weren’t theirs – somehow ended up on TIME’s list.

On the other hand, here are a few folks who notably didn’t make TIME’s short list:

Brett Kavanaugh: You know, the most recently appointed SCOTUS justice and the conveniently omitted other half of the infamous Christine Blasey Ford debacle.

Peter Wang: The 15-year-old freshman and JROTC student who died during the Parkland shooting while holding a door open allowing his fellow students to escape gunfire.

Senator-Elect Marsha Blackburn: The first woman elected to the Senate from Tennessee.

James Shaw: the 29-year-old who confronted a gunman at a Tennessee Waffle House, saving countless lives.

And these are just a paltry few.

But instead, TIME went with anti-gun activists who regularly accuse law-abiding gun owners of murder, illegal aliens willingly violating U.S. immigration law, and a woman who accused a man of committing a heinous sex crime with exactly zero proof and the sketchiest recollection skills since James Comey's email testimony.

Then again, this is also the same magazine that featured a highly-deceptive photo of a little immigrant girl to score political points, so what should we expect?