What do I always say? The biggest racists are the ones that constantly cry racism. Fortunately, a writer for the Huffington Post once again proved that point.

Writer Andy Ostroy, who brags on his Twitter page about being blocked by most of the Trumps, took to Twitter on Wednesday to put forth that Sen. Tim Scott (R-S.C.) was basically President Trump’s token black guy in a now-deleted tweet. Ostroy's tweet came after Scott was seen standing next to Trump during the president's White House tax reform speech. 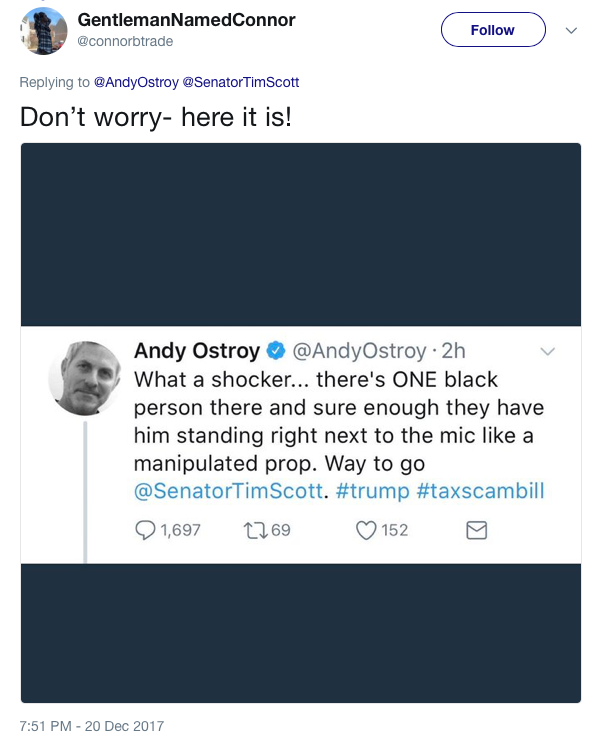 “A manipulated prop?” Wow! That’s pretty racist while trying to assert that someone else [Trump] is racist.

Have no fear, though. Scott can handle himself, and in the process, he made Ostroy look like a fool. 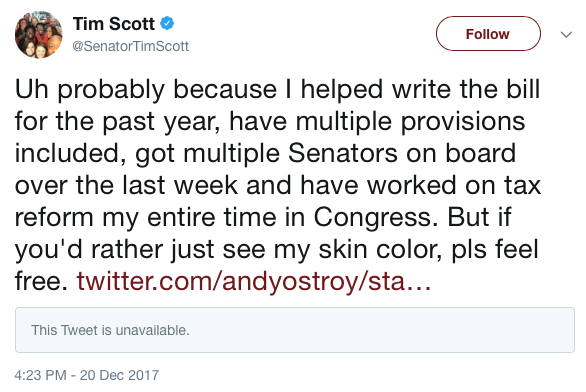 That was the classiest way of calling someone a racist without actually calling them a racist. Scott made Ostroy look so bad that the writer posted an apology to Scott after deleting the initial tweet.

The “Twitterverse” wasn’t buying Ostroy’s apology. Here’s some of the response to that particular tweet: 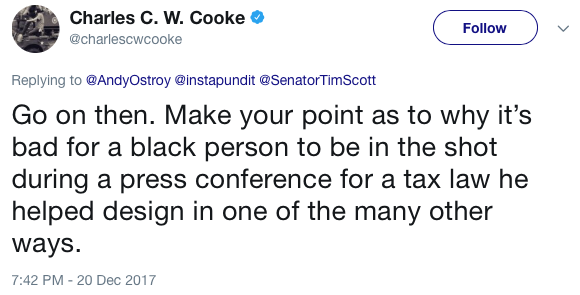 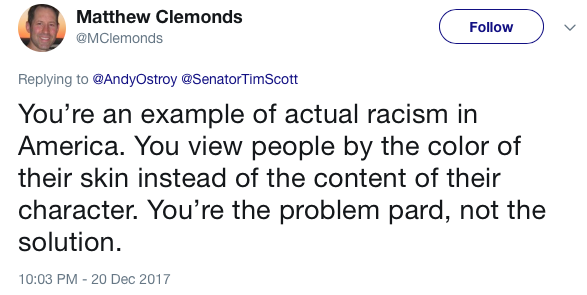 The bottom line? Sen. Tim Scott 1, Andy Ostroy 0. Thanks for attempting to play the blame game, Andy. I would say that we have lovely parting gifts for you, but it looks like Scott beat us to the punch.