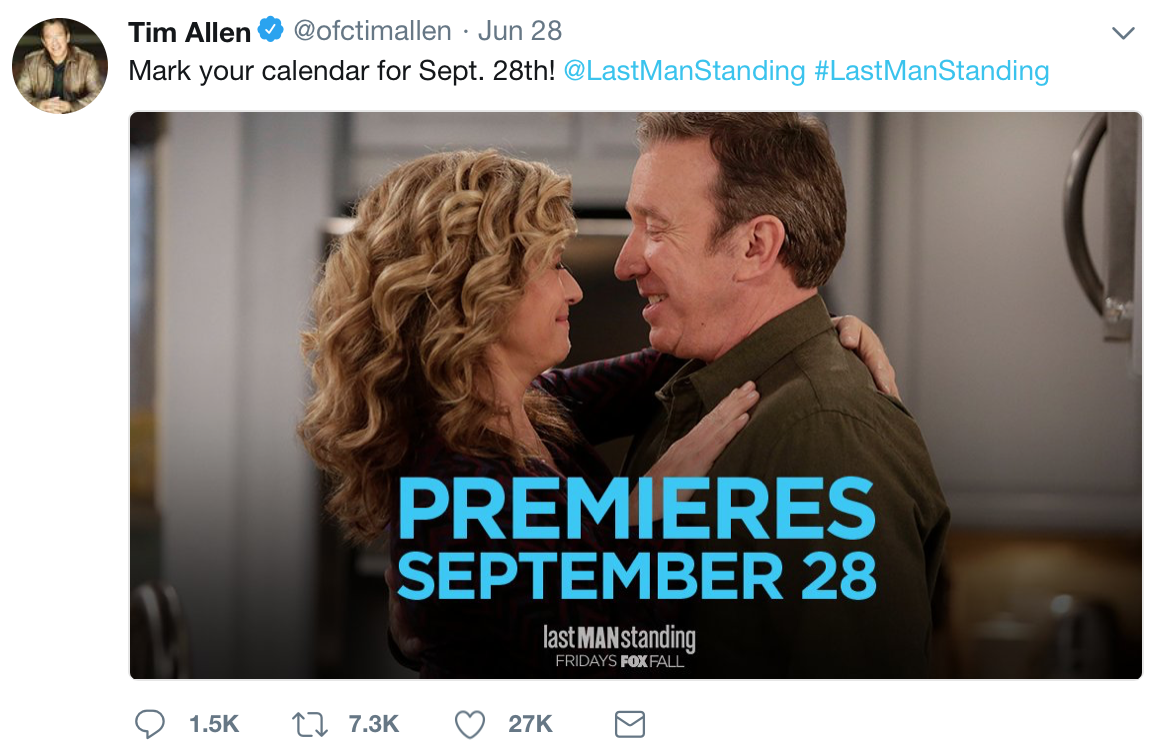 The tweet included a picture from the show Last Man Standing with “Fridays Fox Fall” in text underneath.

ABC canceled the show last year, despite good ratings. Many had speculated it was because the show’s main character was not a liberal and poked fun at Democrats.

“There’s nothing more dangerous to me, especially in this climate, than a funny, likable conservative,” Allen said on the Norm MacDonald Live show last year.

Last Man Standing went back into production following the success of the ‘Roseanne’ re-boot.