One Texas lawmaker is asking the state’s attorney general to investigate the film “Cuties,” which premiered this week on Netflix, for potential violations of child exploitation and child pornography laws after it was revealed that the movie, which had already caught plenty of flak based on its promotional materials, was even worse than critics had thought.

The French film repeatedly features a group of little girls as young as 11 scantily clad in underwear “twerking” and gyrating in hyper sexualized dance moves for the entertainment of adults. In clips circulating online following the movie’s official release Thursday, the film also includes scenes in which an 11-year-old bares her chest, and multiple scenes featuring close-ups of young girls’ genitalia and backsides clothed only in underwear. The movie is rated TV-MA, meaning this film showing half-naked, gyrating children is intended for adult audiences.

Now, Republican Texas lawmaker Matt Schaefer is calling for an official investigation into the film after comments flooded social media calling out the film’s pornographic and exploitative content.

Thankfully, elected officials aren't the only ones who can do something about this perversion. Call Netflix at (888) 373-8390 and demand they remove "Cuties" from their line-up - and while you're at it, cancel your subscription to this trash. 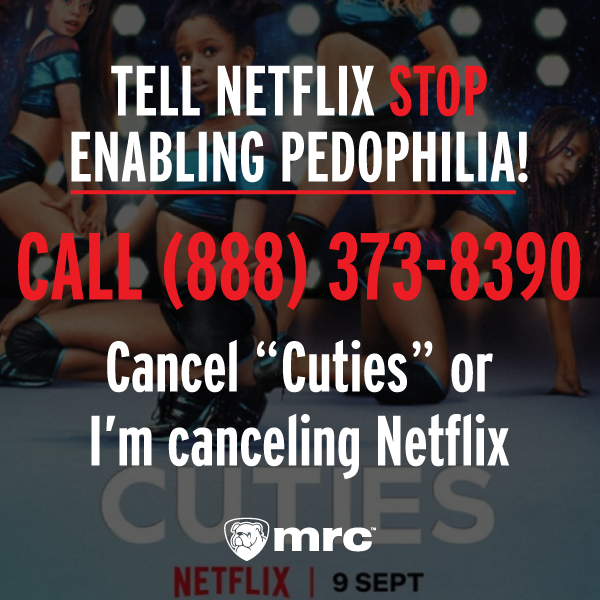