Texas Bishop: Deportation is 'Not Unlike' Facilitating Abortion 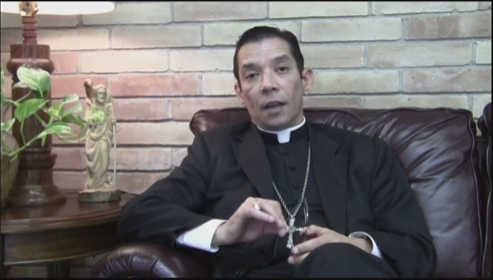 Bishop Daniel E. Flores of Brownsville, Texas stated in a piece by Crux news on Tuesday that policies calling for the deportation of illegal immigrants is morally equivalent to “driving someone to an abortion clinic.”

“In diverse ways each [party] promotes a power structure that leaves the vulnerable and defenseless aside,” Flores said.

Even so, Flores said, it is still important for Catholics to vote, even if only on the local and state levels.

Statements like these are inestimably harmful. How can someone juxtapose ending an innocent human life (which has been consistently condemned by the Church) with the relocation of a person due to that person’s decision to break the law? Obviously as human beings, illegal immigrants deserve respect. And obviously, many illegal immigrants are in very difficult circumstances and deserve compassion.

But the fact remains that deportation is a punishment for a crime. The perpetrator was aware that they were committing an unlawful act upon entering the country. Removing a person who has no legal right to be in the United States can in no way be compared to killing a child in the womb.

It is wrong for Flores to encourage people to vote as though a liberal stance on abortion is the same as a conservative stance on immigration. They are incomparable.