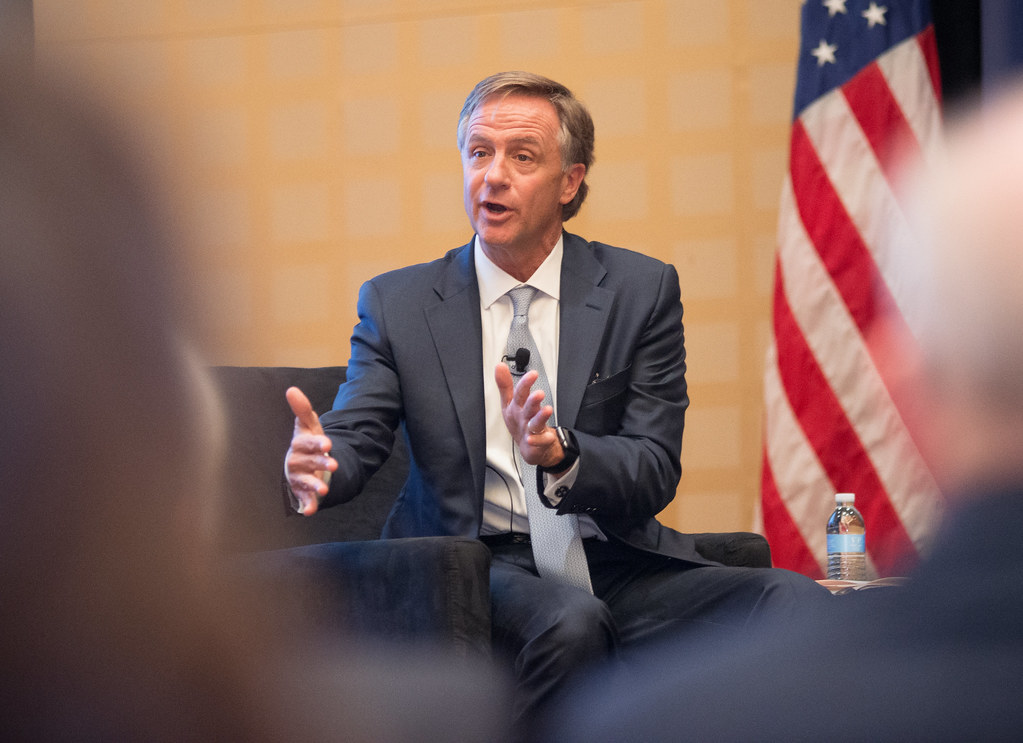 The governor of Tennessee looks to be channeling his inner Bernie Sanders by implementing a program that cannot possibly remain solvent in the long run.

Gov. Bill Haslam (Rep.) is about to sign a bill into law that gives any adult who wants to go to college free admission to community colleges in his state of Tennessee.

Governor Bill Haslam is expected to sign the bill into law. He proposed the legislation in his State of the State address earlier this year. It's a cornerstone of his initiative to increase the number of residents with a college education to 55% by 2025. Last year, less than 39% of residents had gone to college.

If you’re going to go through with this plan, why not invest in providing students with the opportunity to go to a trade school? College isn’t for everyone, and we really don’t need more indoctrinated youth than we already have. Plus, a degree in LGBT alphabet studies isn’t quite useful in the real world. Not if you want to make anything of yourself.

How are they going to fund this $10 million program? Through the lottery, of course.

One problem. That doesn’t always work.

The North Carolina Justice Center (NCJC) released a report in 2013 that outlined the failure of the state’s experiment of using lottery money to fund K-12 education.

The lottery supports vital education programs, including reduced class size in early grades, academic prekindergarten programs, school construction, and scholarships for needy college and university students. But, rather than using lottery proceeds to supplement the state’s funding for these programs and the larger public school system, North Carolina’s legislative leaders have increasingly relied on the lottery to cover up cuts to education.

You read that correctly. Lawmakers used the lottery to cover up education cuts.

That could be a very real possibility for an even higher level of education. Also, the funding from the lottery might not be enough to cover the costs of a higher than expected turnout for free college. To cover possible unexpected costs, the lottery would have to raise its prices, which would eventually lead to less people playing the lottery.

Less people playing the lottery means a shortage of funding for this program, and not enough funding for the program means bye-bye to free college.

If none of that has convinced you that this is a bad idea, check out the NCJC’s conclusion to their report:

Critics from both sides of the aisle have pointed out that the lottery is a regressive tax that falls mainly on the poor and have warned of the moral and societal ills that accompany gambling. The original jus fica on that the lottery would provide a beneficial supplement to education funding that outweighs these evils is no longer valid since the state now spends less on education funding than it did before the lottery was enacted. The lottery is now a tax on the poor that brings gambling into the state’s communities without adding anything to the state’s education system.

Shall I go on?