The Ten Most Influential Irish-American Politicians in U.S. History 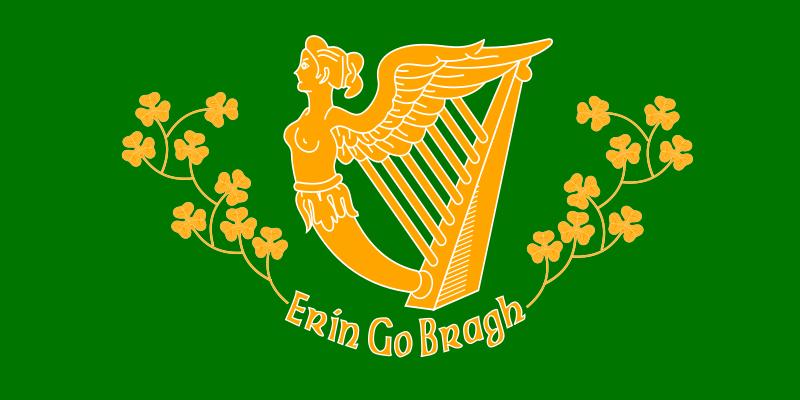 It seems that every March 17, we are all Irish to some extent. But that apparently goes double for many U.S. politicians.

Did you know 38.6 percent of all the presidents in the history of the United States have had some ancestral or direct tie to Irish heritage? That’s right. Seventeen of the 44 men who have been sworn in as president have a bloodline tie to an Irish background.

In honor of St. Patrick’s Day, take a look at ten of the most influential, or polarizing, Irish-American politicians in U.S. history. Erin go bragh!

Nixon's Irish ancestors dating back to the 17th century originated from County Antrim and County Kildare in Ireland. Nixon ended the Vietnam War in 1973, while simultaneously ending the military draft. Nixon was the only president in the history of this nation to resign from office following the Watergate scandal.

Two of Clinton's great-great grandparents were Irish-born. "Slick Willy" is not only known for his, er, extracurricular activities, but for what he did as part of his presidential duties. In 1995, Clinton rewrote the Community Housing Act, which in part led to the housing crisis beginning in 2007. Clinton also signed a bill that allowed for trade relations to open up with China. This led to American companies taking their businesses to China, China ignoring manufacturing regulations, and eventually the economic downturn of the U.S. He also signed the North American Free Trade Agreement into law in 1994. Clinton passed welfare reform, and governed over the longest peacetime economic expansion is U.S. history. 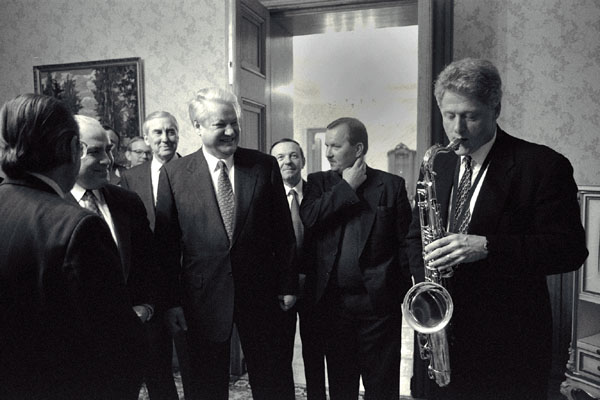 Daley's parents lineage can both be traced back to the Old Parish area in Waterford County, Ireland. Richard J. Daley was the patriarch of the powerful Daley family that pretty much ruled Chicago for a total of 33 years. His son, Richard M. Daley, comprised 12 of those years (1989-2011). Daley ruled Chicago with an iron fist, and molded the city into to a lot of what it is today.

Bridget Tierney, McCarthy's mother, was from County Tipperary, Ireland. Beginning in 1950, McCarthy led a witch-hunt to find communists right before the height of the Cold War, also known as the "Red Scare." McCarthy ramped up tensions all across the United States with the belief anyone could be a communist. "McCarthyism" became a term referring to his tactics of making accusations of communist activities without the prevalence of evidence in some cases. McCarthy was also one of only nine senators in U.S. history to be censured, which is a formal statement of disapproval. 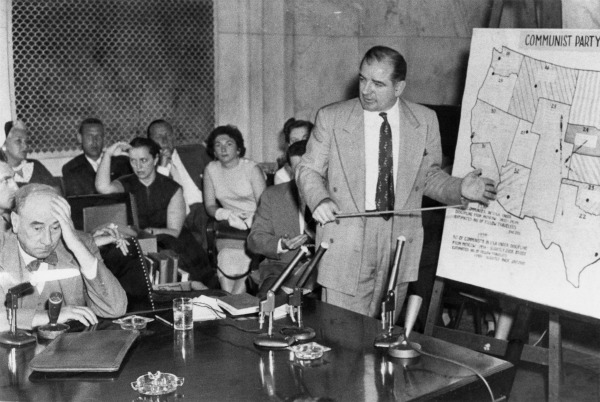 Kennedy's grandparents, on both sides of his family, left Ireland during the Irish Potato Famine. Kennedy was very influential during the stock market boom of the 1920s and was known for his success on Wall Street while the markets were unregulated. Kennedy became famous for using stock tips and insider trading to gain his wealth. He is also one of the few that profited from the market crash that caused The Great Depression in 1929. As most of you know, Kennedy was also father to President John. F Kennedy, as well as senators Bobby and Ted Kennedy. 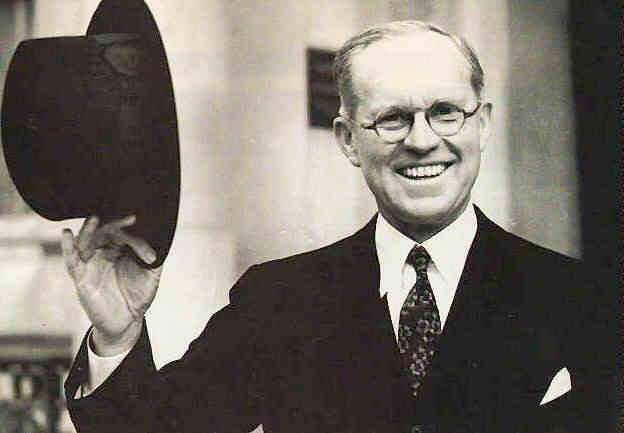 Certain ancestors on Obama's mother's side immigrated to the United States from County Offaly. Love him or hate him, Barack Obama has certainly been influential. In the 2008 presidential election, Obama famously said, "We are five days away from fundamentally transforming the United States of America." That is one promise that Obama has definitely fulfilled.

Obama passed the Affordable Care Act in 2010, otherwise known as "Obamacare," which requires all United States citizens to purchase health care or face penalties. President Obama pulled out all troops from Iraq which has resulted in the rise of ISIS. He essentially doubled the nation's national debt during his time in office. Obama has used executive orders to bypass Congress and push his personal political agenda. He's also promoted gun control and inflamed racial tensions. 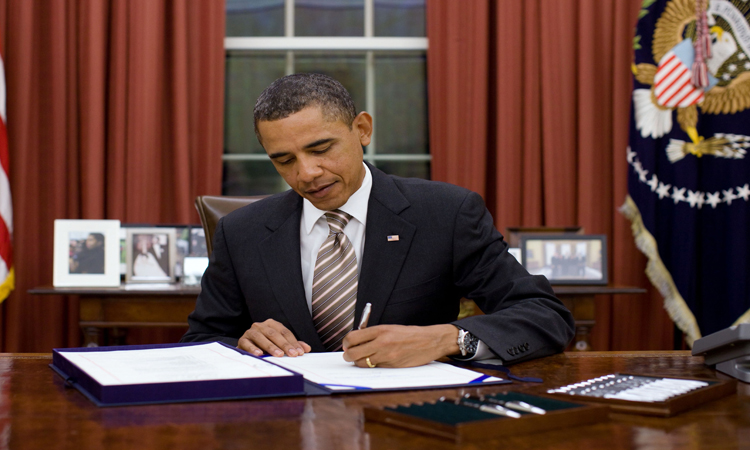 4. President of the Confederate States of America, Jefferson Davis (D)

Jefferson Davis' mother was of Scotch-Irish descent. In his time, Davis was seen as a "champion of the slave society." Under Davis' command, the Confederate army captured Fort Sumter in 1861, essentially lighting the fuse for actual fighting in the Civil War. In 1862, Davis appointed General Robert E. Lee to command the strongest segment of the Confederate forces, the Army of Northern Virginia. The South's main source of income was the production of cotton, and Davis was adamant upon keeping slave labor as the primary workforce for harvesting the crop.

Woodrow Wilson's grandfather was born in County Down, Ireland in 1787 and his ancestory traces back to County Tyrone, Ireland. Wilson has been hailed as "the father of the modern Progressive movement." In 1913, Wilson became the first president in 112 years to deliver the State of the Union address in person. Also in 1913, Wilson introduced segregation to America by dividing blacks and whites from inhabiting the same restrooms, work spaces and restaurants. Wilson was busy in 1913 when he signed the 16th Amendment into law. The amendment instituted the federal income tax. Wilson also introduced the new Federal Trade Commission in 1914, which placed regulations on trade.

But he wasn't done yet. Wilson also introduced the Federal Reserve Act, which gave the government control over a central bank that could print money should Congress need the funds. Wilson was also the first president to visit Europe while in office, as well as the first to meet the Pope. Ancestors from both sides of the Kennedy family link back to County Wexford, County Limerick, and County Cavan in Ireland. Arguably the most influential Democrat in modern times, Kennedy only served two and a half years in office. He was assassinated on November 22, 1963. Kennedy was the first president to call for NASA to go to the moon in order to compete with the Soviet enemy in the "Space Race."

He was a member of the famed Kennedy family, and his time in office became affectionately known as "Camelot." A great many pivotal points in history happened during his short tenure: the establishment of The Peace Corps, the Cuban Missile Crisis, the Nuclear Test Ban Treaty, the Bay of Pigs Invasion and the building of the Berlin Wall. Racial tensions also grew exponentially during Kennedy's administration. 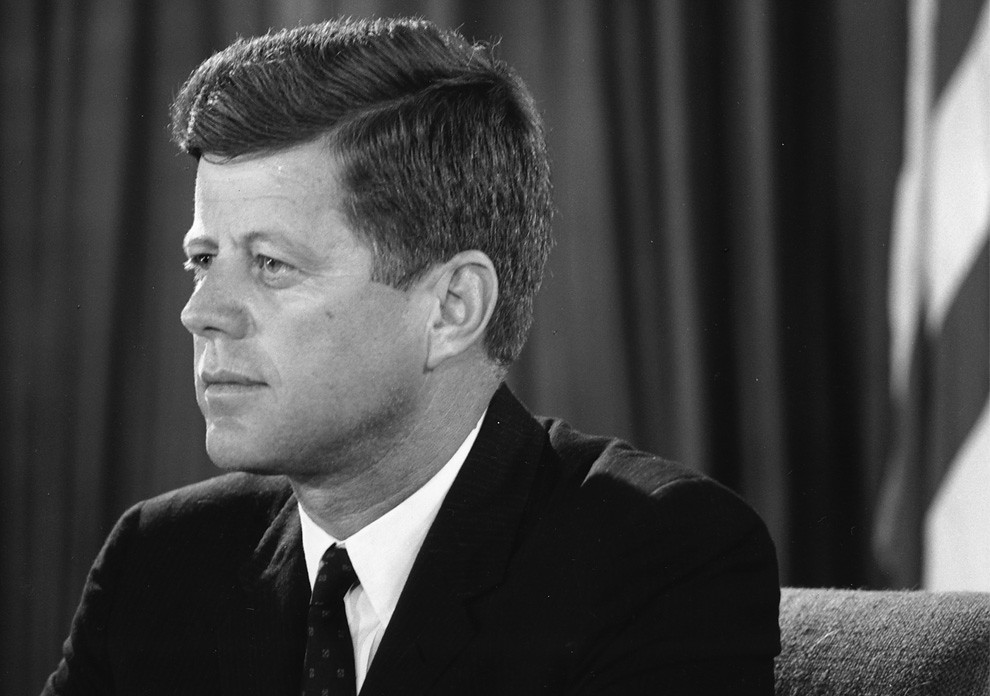 Reagan's Irish ancestory originated with his great-grandfather when he emigrated from County Tipperary to Canada and then to the United States. Reagan was a beloved Hollywood film star and was elected president of the Screen Actors Guild twice. Later, as president of the United States, he instituted "Reaganomics," which attempted to spur economic growth and deregulate the economy.

Reagan ended the Cold War with the Soviet Union by signing the nuclear program shrinking INF Treaty. His famous "tear down this wall" speech led to the collapse of the Berlin Wall in Germany. Reagan introduced a "war on drugs" that aimed to curb the escalating infiltration of drugs coming from Latin and South American countries. He also survived an assassination attempt. Reagan left office with a 68 percent approval rating and is tied with FDR and Bill Clinton for the highest approval rating of a departing president. Reagan is still considered by many conservatives as the gold standard for Republican presidents. 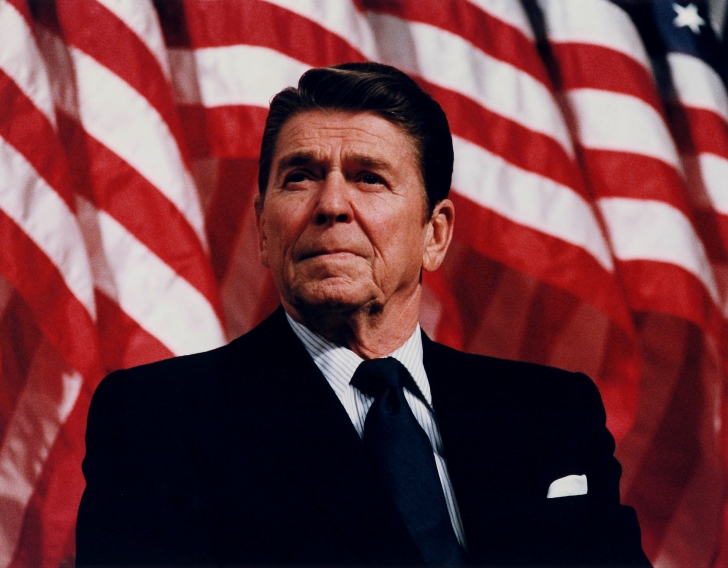