Teen Vogue — who purport themselves as “the young person’s guide to conquering (and saving) the world” — takes another step down “moral degradation hill” with a Twitter post on Thursday that gave advice to teens on how to kill their unborn children without their parents knowing.

"Having access to abortion should be your right, regardless of your parents’ beliefs,” the post starts. “For the latest installment of #DowntoFindOut, @nona walks through how to get an abortion if you're a teen.”

"Having access to abortion should be your right, regardless of your parents’ beliefs."

For the latest installment of #DowntoFindOut, @nona walks through how to get an abortion if you're a teen: https://t.co/fpsiItJOlr

The article was written by Nona Willis Aronowitz who “addresses your biggest questions about sex” and “all the gray areas in between.” She proceeds to answer a 16-year-old girl’s question about not wanting to be pregnant and afraid to tell her pro-life parents about her desire to get an abortion.

“What should I do?” the girl asked Aronowitz.

The Teen Vogue writer told the girl about her experience using a Plan B pill in her teenage years and ensured the girl that there were ways she could receive an abortion incognito.

“You know those activists who stand outside clinics holding signs adorned with Bible verses and pictures of fetuses?” Aronowitz later wrote. “Even they sometimes get abortions.”

She forgets to mention that those very women sometimes have deep regrets and protest abortions because they don’t want anyone else to go through what they’ve experienced.

The disgusting post received a bunch of reactions from people, most calling the leftist magazine out for being idiots: 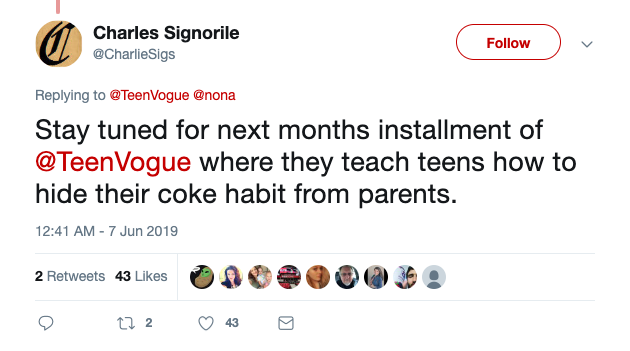 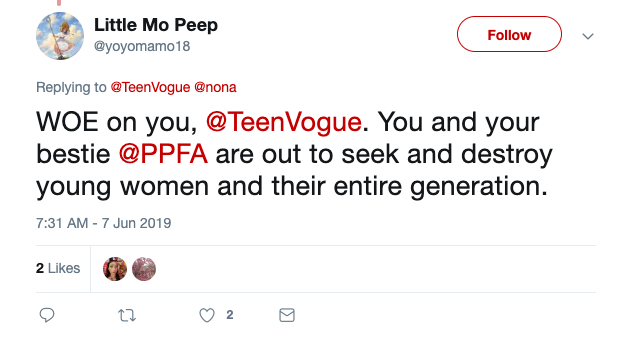 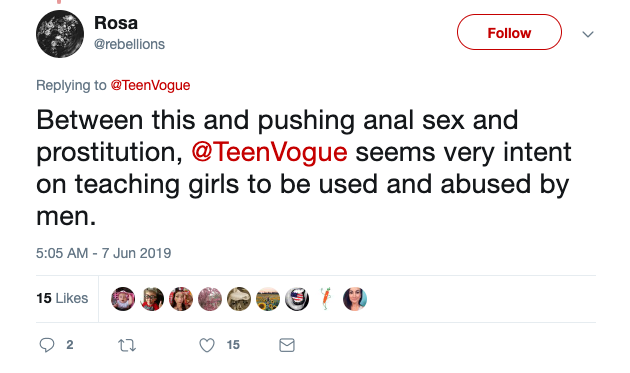 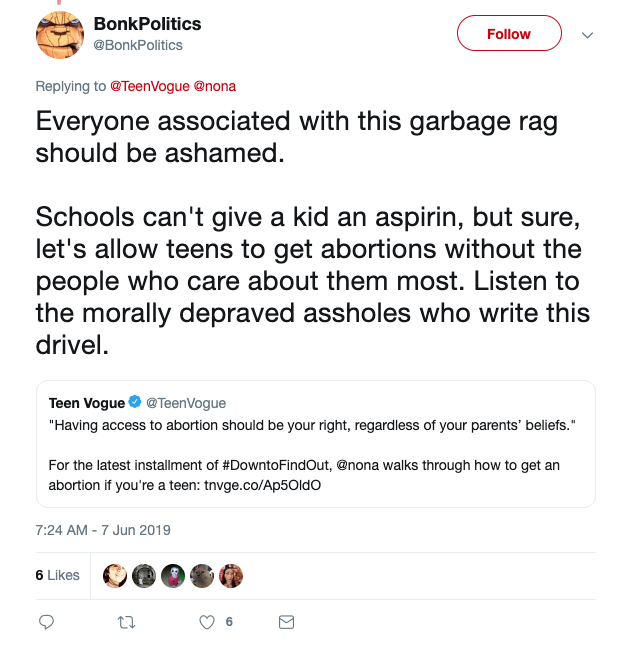 It’s always good to see people recognizing garbage for what it is.