Teen Vogue writer and world’s most bitter shrew Emily Lindin found herself being summarily raked over the virtual coals Tuesday after posting that she is fine with innocent men getting fired for being falsely accused of sexual harassment.

If you’ve got a few thousand brain cells you’re willing to sacrifice by reading this, here are two excerpts from Lindin’s ridiculous tweetstorm. 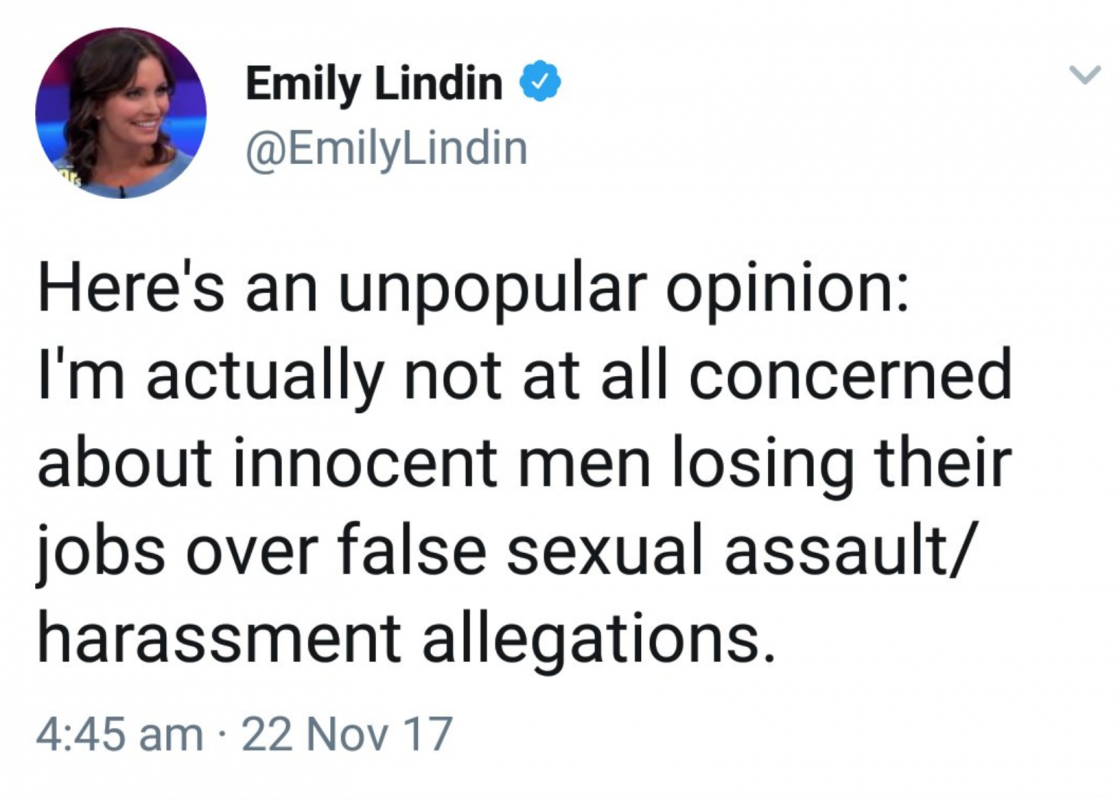 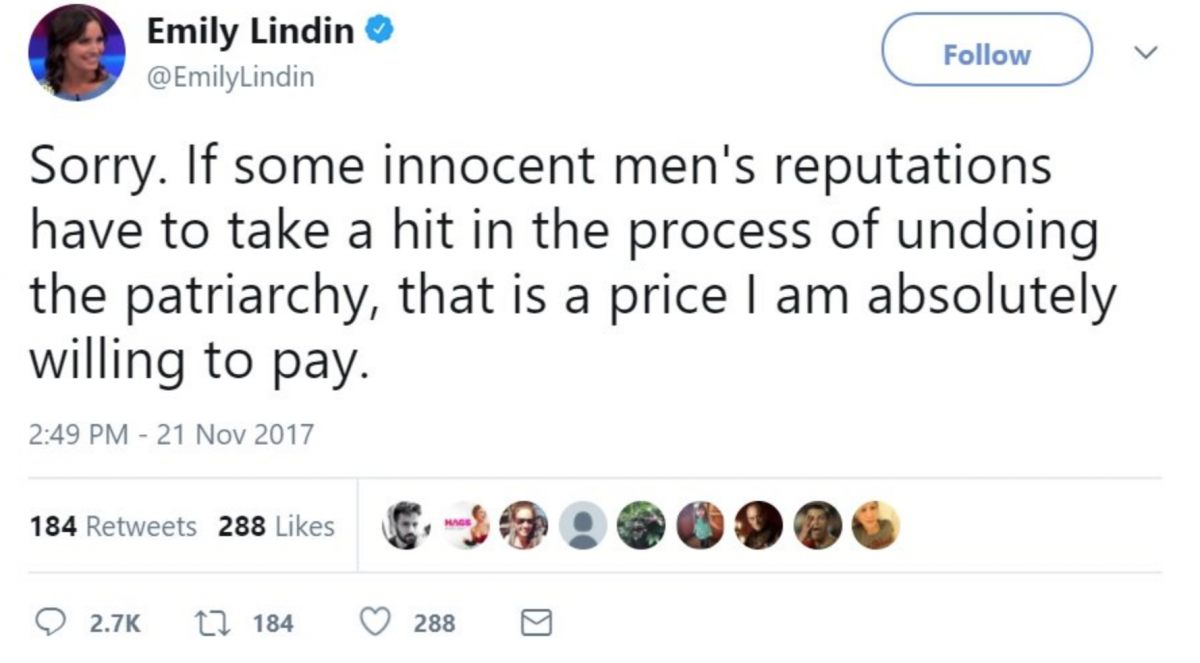 Ironically, Lindin fails to notice the most basic of problems with claiming that innocent guys finding themselves in the unemployment line thanks to the lies of a coworker is a price Lindin’s “willing to pay” to curb sexual harassment in the workplace – considering it’d be the poor man who’d actually be paying the price, not Lindin.

Lindin’s nonsense even earned her the ire of CNN’s Jake Tapper, who was quick to point out that due process is a right we used to view as sacrosanct.

I’m guessing you didn’t get a good grade for your 7th grade book report on To Kill A Mockingbird. https://t.co/3M5Af7jIqn

In fact, Lindin (who’s also the founder of the “UnSlut Project” website for gender equality, because she’s classy that way) caught so much flack for her brave, pro-woman stance that she ended up locking down her entire Twitter account – because while a man losing his livelihood after being falsely accused of harassment is just collateral damage, getting berated on Twitter for being a moron is a bridge too far.

If Lindin’s so concerned about sexual harassment that she’s willing to throw perfectly innocent guys under the bus because of a mere accusation of misconduct by a coworker, then here’s my take: one time, at a party that I don't even remember going to, Emily Lindin hugged me and I didn’t like it.