What happens when you’re so “woke” that you get offended at phrases that literally no normal person has ever been offended by? The correct answer is that nothing happens when you’re offended other than your delicate sensibilities might get wounded for a few minutes. But then, you put on your adult pants and move on with your day.

A verified Twitter account, Netflix Film, tweeted out way more information — that no one asked for — complaining about the use of the phrase “chick flicks” when talking about romantic comedies. It appears that whoever posted the multiple tweet thread on Monday for the account thought they were also being cute while chiding people for using the term.

FYI, it wasn’t cute. It was annoying, needless and devoid of any intelligence. 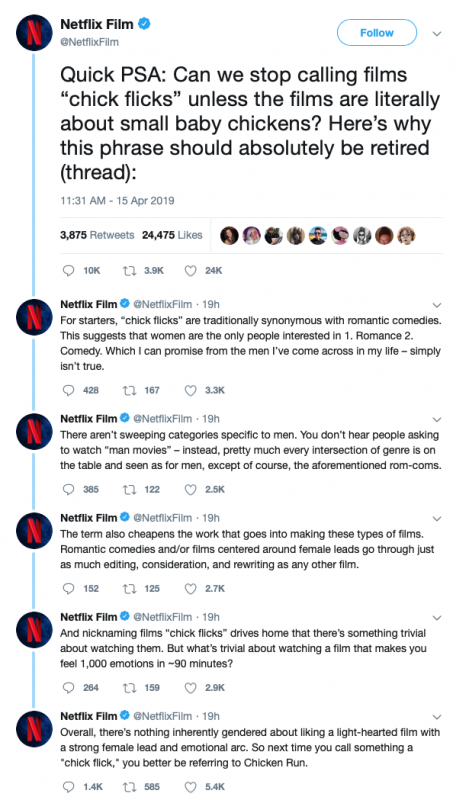 Here’s something for Netflix. As long as I can remember, the movies they are referencing have been called “chick flicks” as long as I can remember and people still use the phrase to this day. Also, when a company like Netflix tries to preach to the rest of us about how we should speak, it only makes me want to use the language they don’t like more.

Uh oh! Did I violate some kind of “woke” code? Will I not be able to purchase a latte at Starbucks anymore while reciting feminist poetry and listening to the latest whiny [insert artist here] album about my feelings? Damn!

Listen, I’m sure Kate Hudson or Matthew McConaughey don’t mind some of their films being called “chick flicks” as long as they do well at the box office.

The Netflix US Twitter account also chimed in with a comment that they probably figured was funny as well, but it just ended feeding the same social justice monster that more and more people are rebelling against.

Take a look at how the rest of Twitter took Netflix to the woodshed: 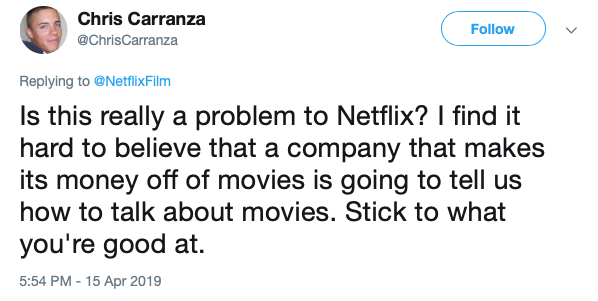 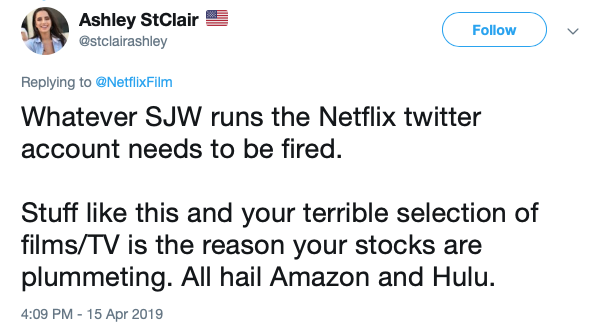 There’s plenty more where those came from, but you get the point.

Stupid Netflix. You’re doing this to yourself.