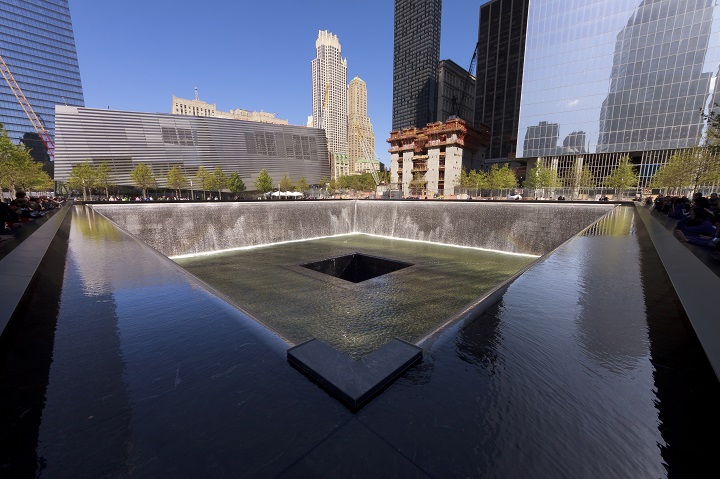 Update (4/25 4:30 p.m.): According to the Associated Press, 9/11 Memorial spokeswoman Kaylee Skaar said the following regarding the actions of a security guard who stopped a student choir from singing the U.S. National Anthem at the site last week:

"The guard did not respond appropriately. We are working with our security staff to ensure that this does not happen again with future student performances."

When students from Waynesville Middle School in North Carolina were visiting New York City last week, they got a dose of hospitality.

The students, who are part of a school chorus, visited the 9/11 Memorial in downtown Manhattan and began to sing the U.S. National Anthem to honor the fallen. Unfortunately for the kids, they were stopped halfway through their performance by security who claimed that they could not perform because they did not have a permit.

The kids were also told was that the 9/11 Memorial should be treated as a burial ground.

Waynesville Middle School Principal Trevor Putnam commented, "Basically they performed approximately half of the National Anthem, and they were told by security to cease and desist. And they, of course, complied immediately."

While Putnam said he understood why the children were stopped, he noted, "I hate that our kids didn't get to finish."

The children did get to perform the National Anthem in New York, however: the students performed the anthem on Fox & Friends Monday morning.

For the story and the children's performance on Fox & Friends, watch below: