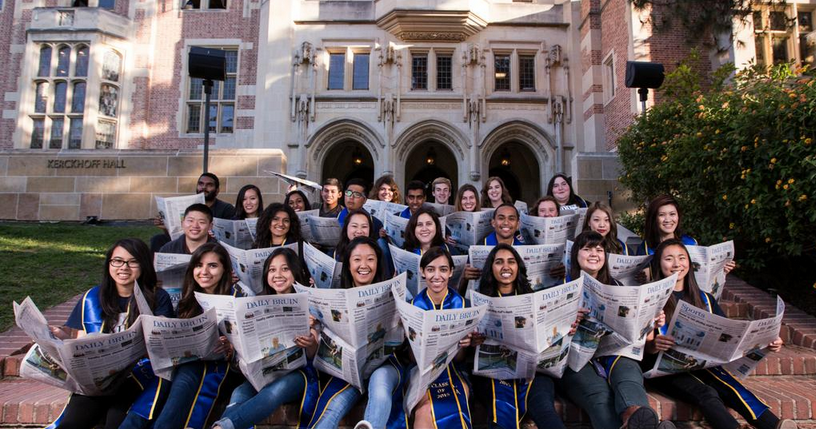 Last week, University of California, Los Angeles (UCLA) student Zoey Freedman penned an article in her school newspaper arguing in favor of “free” tampons. After Freedman’s article got her entire publication deemed a “national laughingstock,” Freedman is defending herself against critics by claiming they are only attacking her because she’s a woman.

Freedman began her Daily Bruin article, “Free tampons would slow flow of gender inequality,” with the proclamation, “To most government officials, feminine hygiene products are a luxury item. But, every day, women are being poisoned by their own bodies because they lack access to even the most essential health products.”

“Meanwhile, most men have no problem getting covered for pills that will help them get a boner,” she stated.

In the article, Freedman argued, “It’s about time that the federal government recognizes that even the most basic health care needs to start subsidizing the cost of tampons and pads for women, or covering the cost completely.”

“This is only fair, since health insurance is supposed to cover the major aspects of a person’s health,” Freedman reasoned.

Providing free or subsidized tampons, Freedman believes, would be a “crucial step in normalizing menstruation within society.”

The most notable part of the article, however, is the editor’s caveat at the top:

The article, and its editor note, however, still upset people across the Internet. In the comments section of the article, which has since been disabled, people strongly vocalized their views on the issue.

The comment with the most positive votes reads, “Really? Give me more free stuff is your stance? By that rationale, why should men have to pay for razors or deodorant either. Just think what happens when the government gets involved with providing you free hygiene products. You won't be using the nice Tampax you (or your parents, who are probably still funding you) buy now, you will get cheap crap made by the lowest bidder. Is that what you want to put in your body? Toxic shock much? Grow up. I put myself through college without whining about no one giving me free stuff, and I'm doing just fine now. Plus it is I who has to pay for your free stuff, what will you give me in return?”

“LOL thanks to this silly editor's note you have made your paper a national laughingstock. Are there really men at UCLA who menstruate,” another user chimed in.

As a result of the outrage, Freedman penned another article in order to defend herself against the “sexist” critics.

Instead of addressing the issues about whether it was the government’s job to pay for tampons, or whether it was necessary to clarify the use of the word “woman,” Freedman insists she is a victim of sexist attacks by the commenters on her "free tampons" article (who, she had to add, were mostly men):

“But I didn’t know so many men also felt so passionately about women’s access to tampons. Quite honestly, I was blown away by the number of men who took the time out of their day to voice their opinions on this subject. I was particularly impressed by how many men focused their insults on my gender, obviously missing my point – or maybe proving my point? – about the gender inequality still present in such basic areas.”

Ironically, even though Freedman’s article does not respond to any of the criticism pointed at her arguments, she scolds others for not criticizing her arguments and, instead, attacking her as a person:

“The overwhelming volume of comments didn’t focus their criticism on my opinion but rather, made it clear that I was just wrong and outright idiotic because of who I am innately: a woman. Because of these implications, these comments went beyond just being offensive to me as an individual, but to women collectively.”

Freedman then brings up examples of women who were attacked for voicing opinions as women: Hillary Clinton, Sarah Palin and Sonia Sotomayor.

Freedman believes, “Women are disproportionately dismissed with hate instead of given honest consideration when their opinions diverge from the mainstream. And for what reason? Simply for being female and therefore being considered less worthy of a respectable discussion or reasonable disagreement.”

Freedman concludes her follow-up with the statement that, “Progress in gender equality is happening, whether or not everyone is greeting it with open arms.”

Progress, according to Freedman, is apparently a “discussion” about why taxpayers should be required to pay for tampons with the other side of the conversation being dismissed as sexists for daring to question the reasoning.