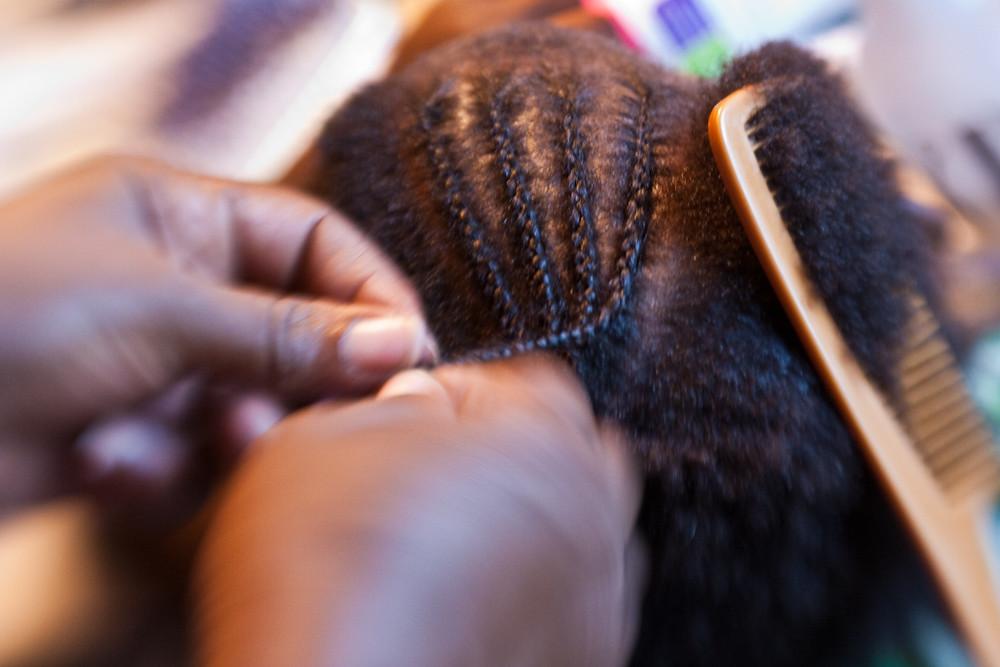 According to a report from the Institute for Justice, a libertarian law firm, occupational licensing requirements are harmful toward workers who simply want to earn “an honest living in the occupation of their choice.”

But the law firm isn’t looking into jobs such as being an architect or health care administrator. It’s specifically examining the hair braiding profession.

Here's the executive summary of the evaluation:

African-style hair braiding is a traditional art and a time-tested way of caring for tightly coiled Afro-textured hair naturally, without scissors, heat or chemicals. Yet, in most states, people who wish to braid for a living must first obtain a government permission slip… This study investigates whether the natural craft of braiding poses risks that justify occupational licensing and whether braiding licenses create barriers that keep people out of work.

“Barriers to Braiding: How Job-Killing Licensing Laws Tangle Natural Hair Care in Needless Red Tape” explains how overregulation makes it difficult for lower-income, less-educated minorities and immigrants to pursue such a straightforward but high-demand line of work.

According to the report, 16 states require hair braiders to get a cosmetology license, which takes between 1,000 and 2,000 hours of training and thousands of dollars for tuition. In cosmetology programs, students learn how to use chemicals, cut hair and various other services that are completely unrelated to the process of hair-braiding.

Another 14 states and the District of Columbia require a specialized license for hair braiding, which may require an individual to take one or two exams and undergo approximately 600 hours of training. Mississippi and Louisiana require state registration.

In sum, it’s a complete waste of time and money and it kills jobs. Predictably, states that require more hours of training reportedly have fewer licensed braiders relative to the black population than other states with more lenient provisions.

In 2012, Mississippi, which requires zero hours of training, had over 1,200 registered braiders. Neighboring Louisiana, which requires 500 hours, had only 32 licensed braiders—despite its larger black population.

Requirements such as these would make sense for jobs that are more risky to a consumer. But this report points out that hair braiding poses no risk to a consumer’s health or safety:

Complaints against braiders are extremely rare. Licensing boards in nine states and the District of Columbia turned up just 130 complaints in seven years—and the vast majority concerned whether braiders were properly licensed, not health or safety. Only six complaints raised questions of consumer harm, none of them verified by boards.

All these laws, over hair-braiding. If you’re good at hair braiding, then you should be able to take advantage of that skill without economic or time barriers standing in your way. The licensing laws for this line of work clearly isn’t beneficial and has no justification for existing. This is just a way to micromanage people’s careers.