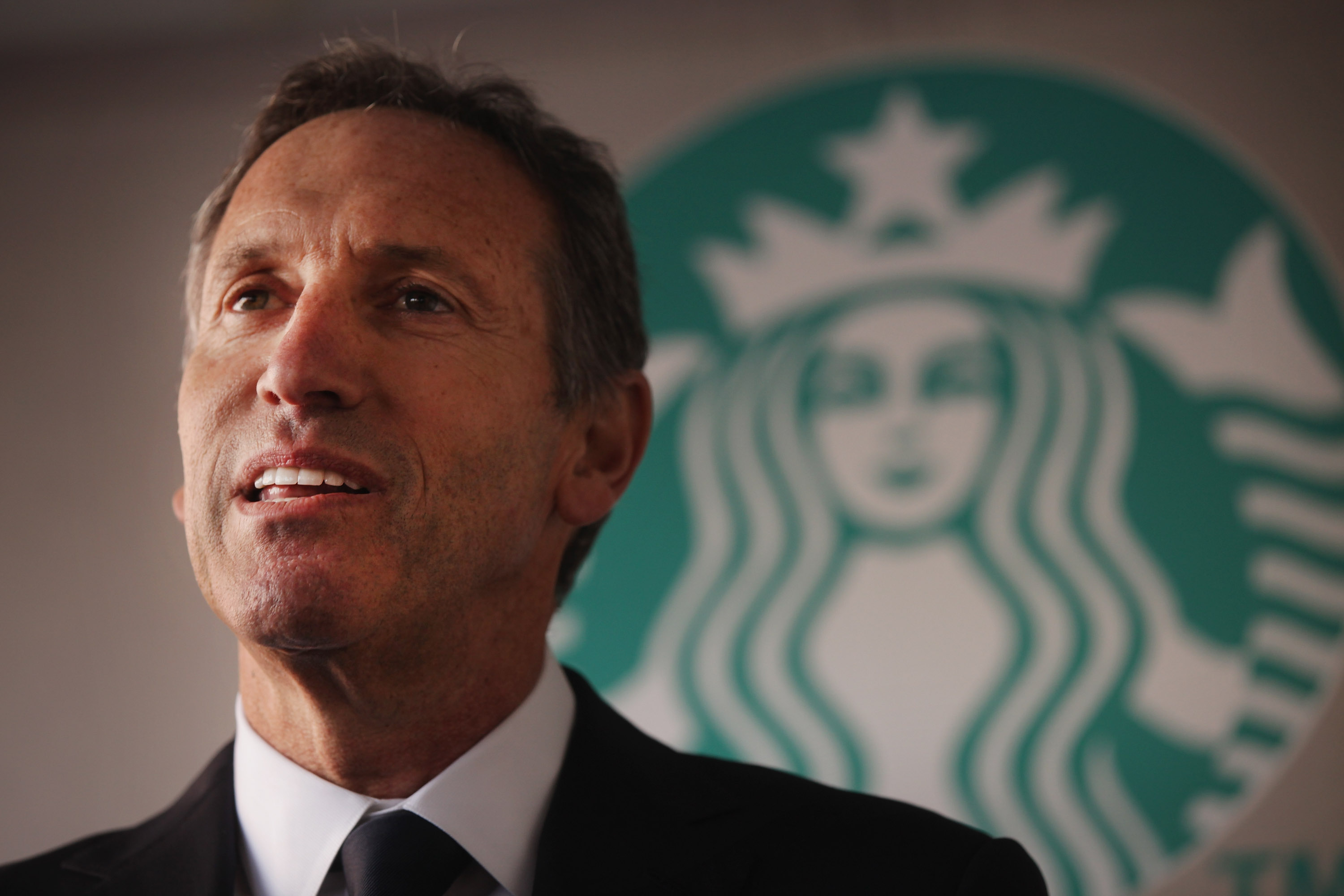 Beginning on Monday, Starbucks Baristas will have the option to start a conversation about race with their customers.

WHAT COULD POSSIBLY GO WRONG???!!

The idea is the brain child of Starbucks CEO Howard Schultz who has sparked an initiative to spur discussions about racial grievances over lattes.  The initiative was started after the protests that followed the deaths of Michael Brown and Eric Garner.

Great idea.  That's exactly what I want when I walk into Starbucks.  Someone I've never met before engaging me on the most explosive issue in the country.  I'm not even awake yet!

Starbucks published a full page ad in the New York Times on Sunday — a stark, black, page with a tiny caption “Shall We Overcome?”

That's not a loaded question at all. is it?

Additionally, beginning on Monday, Starbucks Baristas will have the option to serve customers with cups on which they’ve handwritten the words “Race Together.” (Hopefully, they'll spell it correctly.)

"It’s an emotional issue. But it is so vitally important to the country,” said Schultz in a video released on the Starbucks website.  Schultz argued that the United States is “so much better than what the current state of race relations portray it to be."

Okay. Fine.  But, if I'm in line at Starbucks and the woman at the register and a customer are having a heated debate about whether Michael Brown had his hands up or not, I'm going to be late for work. Additionally, with an issue like race, there is always the potential for heated arguments and violence.

Schultz has publicly taken liberal stances on prominent issues in the past. He has openly supported Obamacare and in 2013, took on the issue of gun control.

"We do believe that guns and weapons should not be a part of the Starbucks experience."

But debates on race relations in the United States? That should totally be part of the "Starbucks experience."

As we've seen over the last few months in Ferguson and elsewhere, race can be far more harmful to civil discourse than guns. In fact, the most high-profile instances of gun violence recently have been the police officers shot by people who are angry about perceived racial injustice.

Nor should anyone be fooled as to how these in-store conversations will probably play out.

Those who have shown support for Darren Wilson or for George Zimmerman have been pilloried by those in the liberal media as well as black activists who worked tirelessly to build a false narrative surrounding the two incidents.  With the outrage and anger that those events--as well as the Eric Garner incident--sparked among the black community, what sane individual would have any interest in opening up that powder keg in a coffee shop?