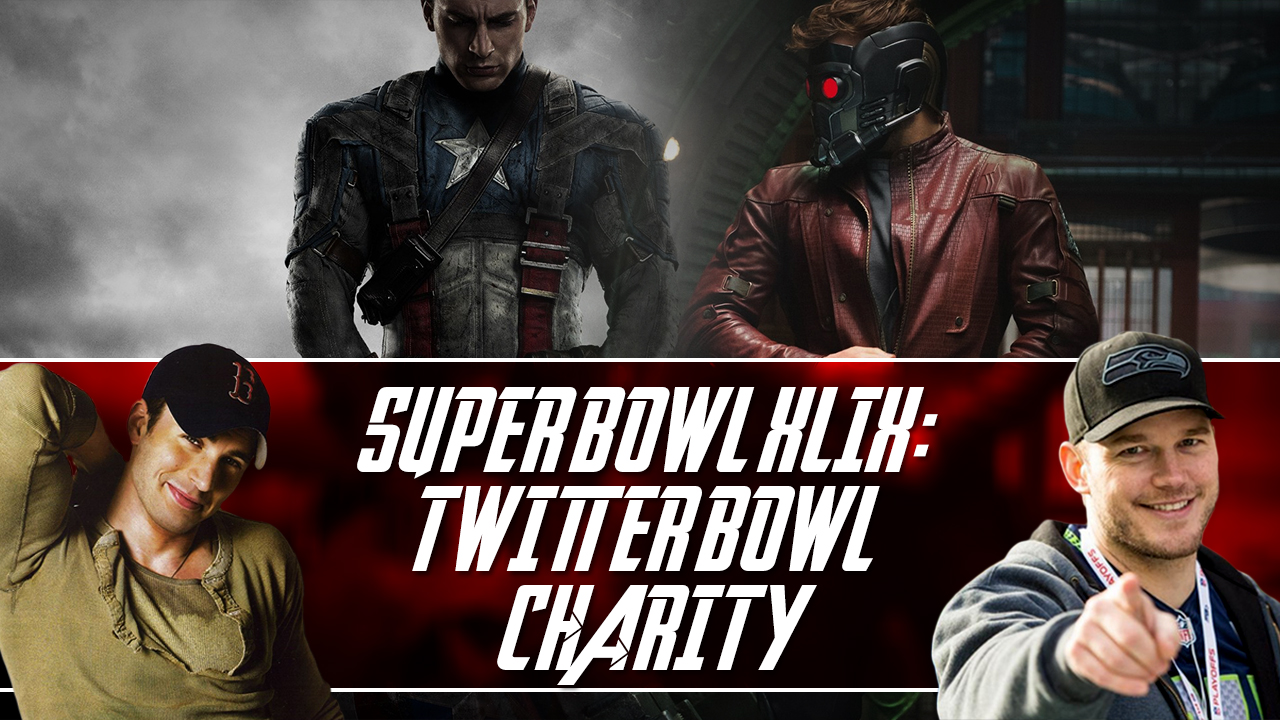 Well, well, well @prattprattpratt, looks like our teams are going into battle. For the next 2 weeks, you are not my friend, you are my enemy

@ChrisEvans We both know there's only one Captain America and his name is Russell Wilson. #SuperBowlBound #LOB #Repeat

@ChrisEvans Humiliate my Seahawks? Maybe talk to Brady about deflating your expectations. BOOM! (legion of) You're on sucka.

What started as Twitter trash-talk turned into a fundraiser for SeattleChildren.org and support for Chistopher's Haven.

If you're near Boston on Jan 3rd, come support Christopher's Haven. It's an amazing place that helps amazing people http://t.co/99sQOawvSa

Ultimately, the New England Patriots won and both men were good sports about it. Looks like both Captain America and Star Lord will make appearances together at both places.

Congrats to the world champions @patriots you were the better team tonight. I will be visiting @chris_haven as Starlord. #twitterbowl

Thank you to @prattprattpratt for being a good sport. I'll be there with you at @chris_haven, and don't worry @seattlechildren, we'll be

coming there too! And lastly, I don't think anyone can ever doubt the mental toughness of Tom Brady. Tough couple weeks, but he showed why

This is how two people use their "super powers' for good.